"I'm really honoured" - Byrnes on Hurler of the Year success 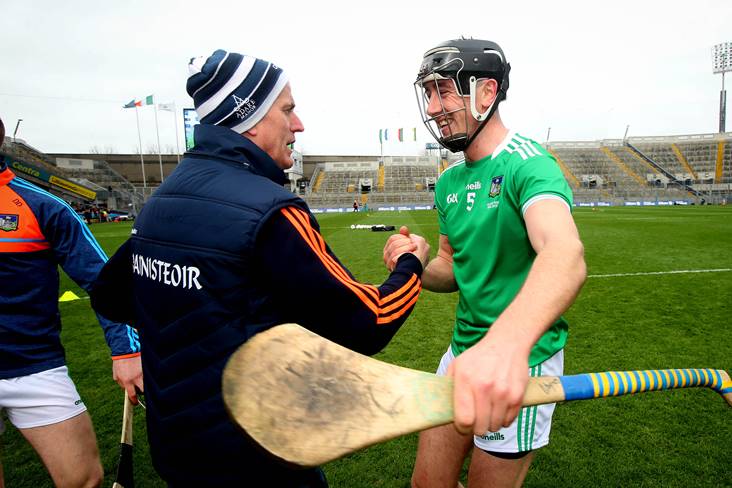 Limerick star Diarmaid Byrnes said he was “really honoured” to be named as ‘Hurler of the Year’ at last night’s All-Star awards gala ceremony at the Dublin convention centre.

The Patrickswell clubman was outstanding in the Treaty County’s championship success this past season, posting 0-36 from wing back as John Kiely’s triumphed to a third consecutive Liam McCarthy Cup.

Speaking RTE Sport, after picking up the individual gong along with his third All-Star, Byrnes said he pinching himself.

"It's hard to digest, really," he said. "Even to be nominated, it took me a while to process that to be honest. Hand on heart, it's something I've never been striving for.

“When I was nominated, I thought, yeah, it would actually be lovely to win. I'm here now and it's like, 'woah', you nearly have to take a step back.

"In the coming weeks and months when I'm meeting people, I'm sure I'll be meeting people that are delighted for me and I can sense that already in Patrickswell.

“I'm really honoured. It's a fantastic occasion for me as an individual, for my partner, and my family. Because they're the ones closest to me and see my sacrifice. They know when I'm training and the hours, I'm gone every week."