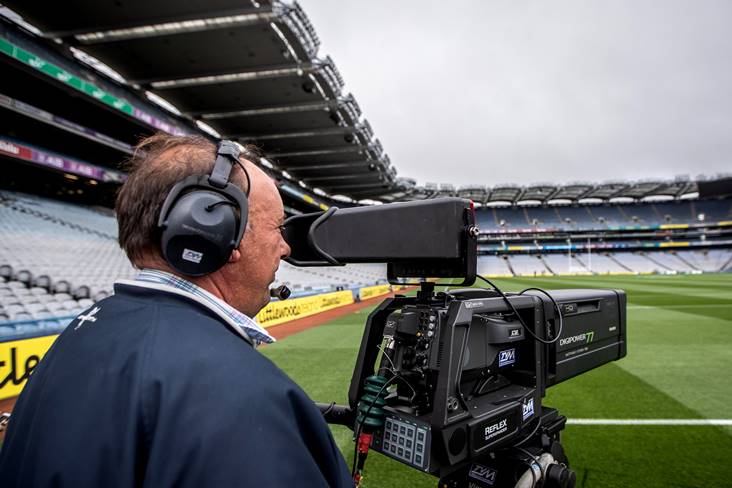 The GAA has announced its live, highlights and on-demand media rights arrangements for the next five years (2023-27 seasons inclusive) after the conclusion of negotiations with its television, streaming and radio partners in recent weeks.

Following the expansion of GAAGO’s streaming footprint during the pandemic, exclusive championship games will be made available on the platform in Ireland and overseas from the 2023 season onwards.

RTÉ television will continue to show 31 championship games across the island of Ireland and the BBC retains its Ulster SFC rights.

BBC will also simulcast with RTÉ the All-Ireland semi-finals and finals in addition to broadcasting at least one of the finals on the wider BBC TV network annually.

RTÉ will televise the Joe McDonagh cup final, both Tailteann cup semi-finals and the final for the next five years. Additional streaming details from these competitions will follow in due course.

TG4 and RTÉ will continue to provide coverage of the AIB GAA club championships.

GAAGO will continue to stream matches to the diaspora worldwide and the EU pilot with Galician media outlet TVG is also planned to continue.

Overall, approximately 200 games will be broadcast every year.

GAA President Larry McCarthy said:  “I would like to acknowledge the successful media partnerships we have had and continue to have as we strive to give our games the profile they deserve.

“Maximising exposure of our games and seeking a fair commercial value for them for the betterment of the Association as a whole lay at the heart of our approach to a five-year arrangement that provides certainty and security for all parties involved.

“Maintaining our strong commitment to the Irish language was another cornerstone of negotiations.

“I am pleased that even more of our games will be accessible to members and supporters around the globe and we look forward to working with all of our partners to give our games and activities the highest profile possible.”