Limerick to appeal Hegarty sending off 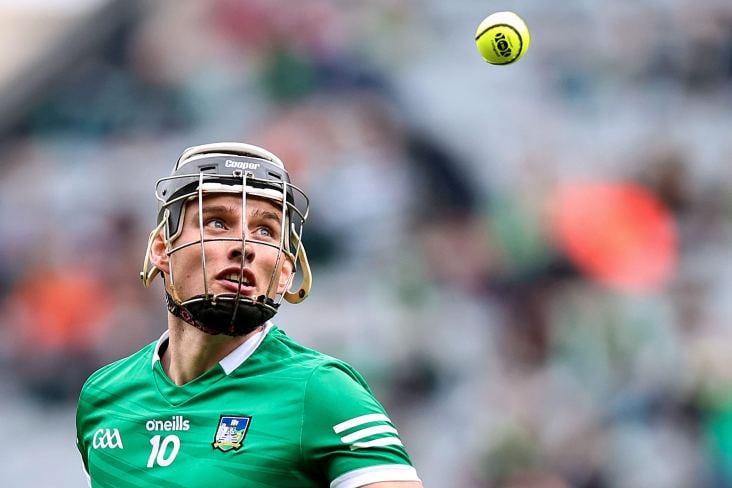 The towering wing forward was sent off during the closing stages of yesterday's pulsating draw in Ennis after swinging his hurl in the direction of Aaron Fitzgerald. He had earlier been booked for an altercation with David McInerney after he tried to take a sideline cut.

"I watched it back on tape a few times and it’s very clear to me that there is no contact," Kiely told RTÉ.

"I would be happy enough that there is no contact, it was a mistake to issue the yellow in my opinion, but these things happen. We will appeal it. It's a card we would expect to be rescinded completely."

Speaking on the Sunday Game last night, Donal Óg Cusack said Hegarty was "asking for trouble" following his dismissal against Galway in the Allianz League.

"The Clare player makes a huge deal of it," the former Cork goalkeeper claimed.

"He does swing. This is my point about him all the time: There's no need for it. By swinging back with the hurley there, you're asking for trouble. He's drawing that hassle on himself.

"He's one of the greatest players I've ever seen in terms of his abilities. He makes the impossible look so simple. He is asking for it by getting involved, and flicking back like that."