Prior snatches victory for holders in Leitrim SFC final rematch 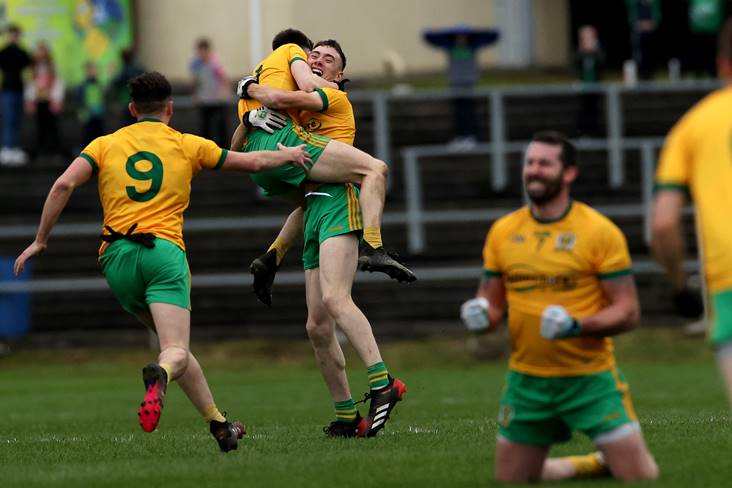 In what was a rematch of the 2021 Leitrim SFC final, Tom Prior's 64th minute point snatched a dramatic 0-14 to 1-10 victory for holders Ballinamore Sean O'Heslin's against Mohill in yesterday evening's heavyweight clash at Ballinamore.

The visitors, managed by Eamonn O'Hara, looked to have earned a share of the spoils when Fiachra McGuinness pointed them level in the third minute of injury-time, but there was still time for Prior to win it for Ballinamore with the last kick of the contest.

Mohill's Jordon Reynolds scored the game's only goal in the 10th minute as the sides went in level at the break, 0-7 to 1-4.

At St Osnat's, it was all one-way traffic as top-of-the-table Fenagh St Caillin's made it three wins from as many outings when cruising to a 5-27 to 2-8 success over St Patrick's, Dromahair.