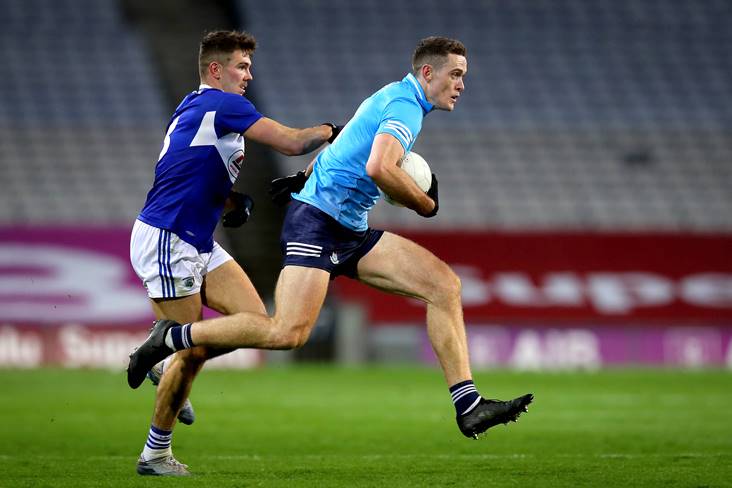 The Dublin juggernaut shows no sign of slowing down after the five-in-a-row All-Ireland champions romped to a 22-point victory over Laois at Croke Park.

After a slow start, Dessie Farrell's charges found their groove to set up a Leinster SFC final showdown with Meath for the second year running at the same venue next Saturday at 7pm. Despite Meath's impressive comeback win over Kildare earlier today, Dublin will be hot favourites to lift the Delaney Cup for the 10th year in-a-row.

Goals in each half from Sean Bugler and Ciaran Kilkenny eased the Dubs into their 15th provincial final in 16 years. Laois were competitive in the opening quarter and only trailed by a point, 0-2 to 0-3, at the first water break, but it was one-way traffic after that as the winners took a 1-7 to 0-2 lead into the interval before cutting loose in the second half.

Picking up from where he left off against Westmeath in Portlaoise eight days ago, Kilkenny scored 1-4 from play, while Cormac Costello staked his claim for a starting place next weekend by notching up 0-7 (0-5 from placed balls) following his 45th minute introduction.

A brace of Dean Rock frees and a Brian Fenton effort from play had Dublin ahead at the first water break, with Gary Walsh and Paul Kingston replying for the O'Moore County. When play resumed, the All-Ireland champions rattled off 1-4 without reply. Bugler got the goal in the 24th minute, while Kilkenny, Niall Scully and Paddy Small shot points from play to leave the winners in complete control at the break. 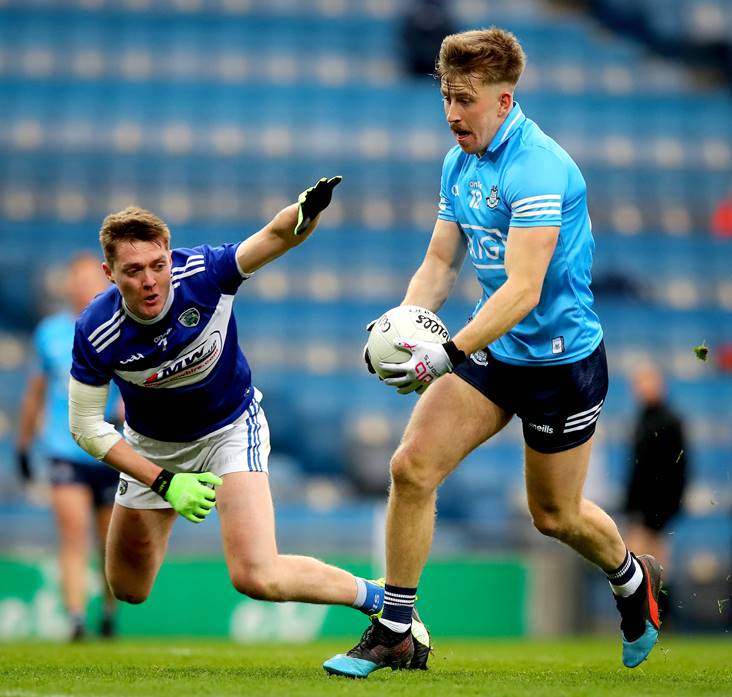 Evan O'Carroll opened the second half scoring for Laois from a 'mark' before Kilkenny kicked his third point and then added a goal to widen the gap to 12 points after 41 minutes.

Two more Fenton points were sandwiched between a Walsh free and a Kingston effort from play as Dublin led by 2-12 to 0-5 at the second water break.

There was no respite for Mike Quirke's men in the final quarter as Dublin pulled further ahead, despite points in reply from substitute Ross Munnelly - playing in his 18th championship campaign - and Brian Byrne.