"We know what Kildare are going to bring" - Wexford captain Murphy 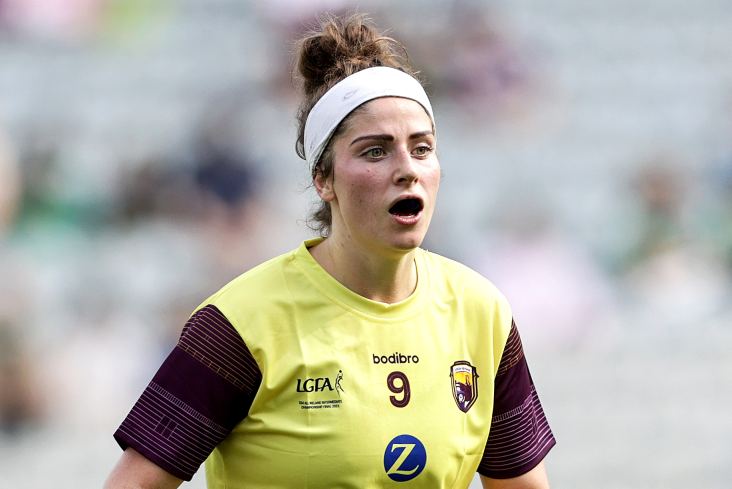 Wexford captain Róisín Murphy knows her side are more than capable of finally ending their final hoodoo and claiming a provincial title this weekend.

The Model County take on Kildare in Sunday’s TG4 Leinster Intermediate Final looking to banish the memories of some recent heartbreaks in showpiece events.

Wexford were well-beaten in last year’s All-Ireland Intermediate decider while they also succumbed to defeat in the Lidl NFL Division 3 final last month.

But the 30-year-old defender knows her side is learning all the time with a few incremental improvements during the Leinster championship potentially set to make the difference.

The manner with which Wexford dug deep to see off Laois in extra-time last weekend, was a huge boost for the squad and further evidence that they are heading in the right direction under Lizzy Kent and John Nolan.

“Disappointing is the best way to describe the league final,” said Murphy.

“We felt we had a lot more to give and we just didn’t perform on the day. So yeah, it was quite a disappointing finish.

“We were very very close, and that’s the way a lot of our games have gone this year, they have been close. It’s very hard to tell between the intermediate teams. There is always just a point or two in it.

“I’d think we would look at that league final as an opportunity that we very much left behind. Our Leinster campaign so far, we have been just going out every day trying to learn and improve at every opportunity. And I think last weekend’s game, we didn’t start well but we finished very very strong. We proved to ourselves that we have the capability to do it, so there is a hunger there.

“We just have our heads down and we’re working very hard, training has been going well. The strength of the whole squad really showed particularly in extra-time against Laois, the substitutes that came on throughout the game really had a big impact. I think you can see progression all over the field so it’s very important for us.

“It was a big turnaround from how the game started and the fact that we were able to regroup and just work our way back into it first, and then to push on and finish strongly, it is very positive.”

But Wexford now face a Kildare side buoyed by a really strong showing against Offaly last weekend. The Lilywhites were 5-14 to 3-6 winners in their final four tie.

And even though that was against Lidl NFL Division 4 opponents from this year, Murphy knows they were another tough opponent in a competitive championship.

“Offaly are a good team and I don’t think there is very much between any of the intermediate teams this year,” said Murphy.

“We know what Kildare are going to bring. We have played them in the league and in the opening rounds of the Leinster as well. They are a very good team, very strong, great players.”