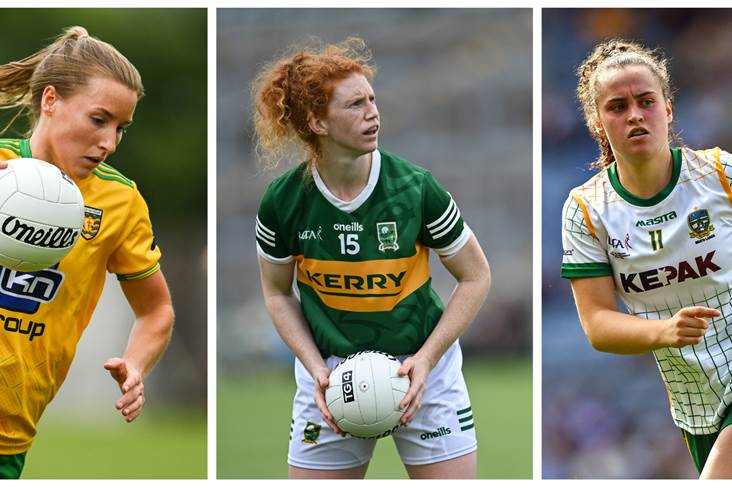 The nominees have been announced for the 2022 TG4 Players’ Player of the year awards in the Senior, Intermediate and Junior grades.

The winners will be revealed at the 2022 TG4 All Star awards banquet, in association with Lidl, at The Bonnington Dublin Hotel on Saturday, November 19.

TG4 All-Ireland Senior champions Meath are represented on the Senior shortlist by Emma Duggan, who received a TG4 All Star award last year.

Kerry star Louise Ní Mhuircheartaigh, who was top scorer in the 2022 TG4 All-Ireland Senior Championship with a haul of 4-24, is also nominated, along with Donegal captain Niamh McLaughlin.

Duggan played a key role for the Royal County once again, notching 1-12 along the way, as they retained the Brendan Martin Cup, while Ní Mhuircheartaigh’s red-hot scoring form played a big part in Kerry’s march to a first Senior Final since 2012.

McLaughlin was also a towering figure for her Donegal, as they contested a Lidl National League Division 1 Final against Meath, before advancing to the semi-finals of the TG4 All-Ireland Senior Championship.

The Intermediate shortlist is made up entirely of players from All-Ireland champions Laois.

Mo Nerney, who claimed the ZuCar Golden boot award after finishing as top scorer in the 2022 TG4 All-Ireland Championships with a total of 5-31, is nominated along with team-mates Aisling Donoher, Player of the Match in the TG4 All-Ireland Final victory over Wexford, and Erone Fitzpatrick, who scored 4-15 en route to Croke Park glory.

Cathy was Player of the Match in the replay victory over Fermanagh at Antrim’s Athletic Grounds on August 13 and she’s in the running for the prestigious individual honour with Fermanagh pair Bláithín Bogue and Eimear Smyth, scorer of 5-27 for the Erne County in Championship 2022.

Smyth was also named as TG4 Junior Players’ Player of the Year in successive years in 2019 and 2020.

The nominees in all three categories have all been selected by their fellow players, who could not vote for their own team-mates.

All three of the senior Players' Player of the Year nominees are also in the running for prestigious TG4 All Star awards, along with Laois ace Mo Nerney.