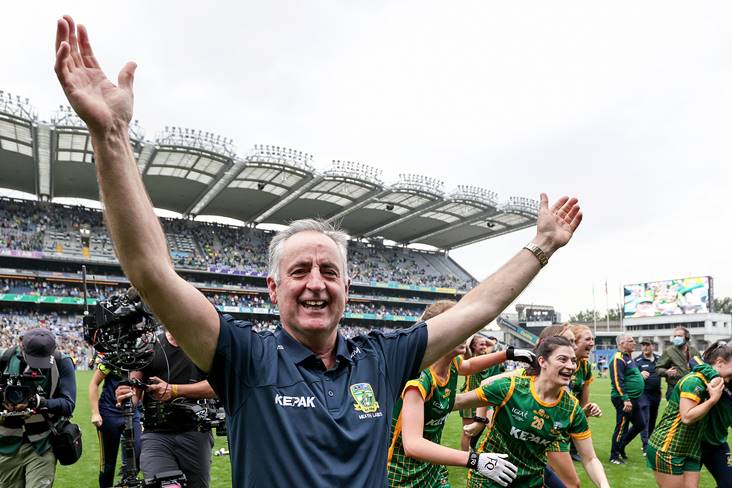 Having taken over the reins in 2017, the Gowna native and his backroom would rebuild the team as they went on capture All-Ireland intermediate honours in December 2020.

"After a lifetime of commitment and dedication to the development and progression of ladies football in the county, Eamonn Murray has decided to hang up his boots and bainisteoir bib after becoming the most decorated manager in the history of the game in Meath with 2 All Ireland Senior Championships, 1 All Ireland Intermediate Championship, Div 1, Div 2 & Div 3 National League titles, 1 Leinster Intermediate title and that's just in the past six seasons.

"Eamonn will be sorely missed by all, we would like to wish him, his wife Clare and the family the very best for the future."

AN END OF AN HISTORIC ERA