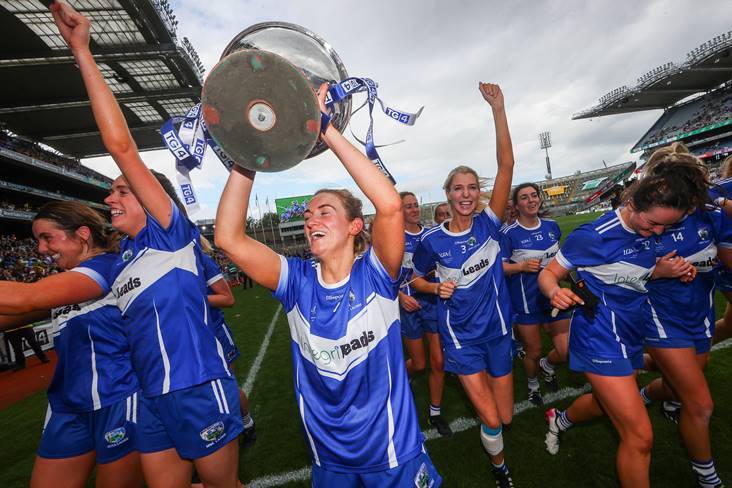 The Laois players celebrate with the trophy. ©INPHO/Ryan Byrne.

Laois full-back Aisling Donoher gave an emotional interview as she picked up the Player of the Match award following her side's long-awaited All-Ireland final victory at Croke Park this afternoon.

Despite a visit to the sin-bin during the closing stages, Donoher, who is a sister of former Laois midfielder Brendan Quigley, was immense as Donie Brennan's side claimed the intermediate title for the first time in 22 years.

Speaking after the two-point win over Wexford, she said: "I am an absolute emotional wreck. I’m speechless. I can’t put into words what today means. The support Laois ladies have brought, thank you so much."

"We have worked so hard. It’s been 20 long years coming, but we did it.

"We’ve been in this position before. We played Wexford in the Leinster semi-final, and we were 11 points up, and they came back and beat us by two points."