Watch: Goals at both ends as Royals roar back from early deficit 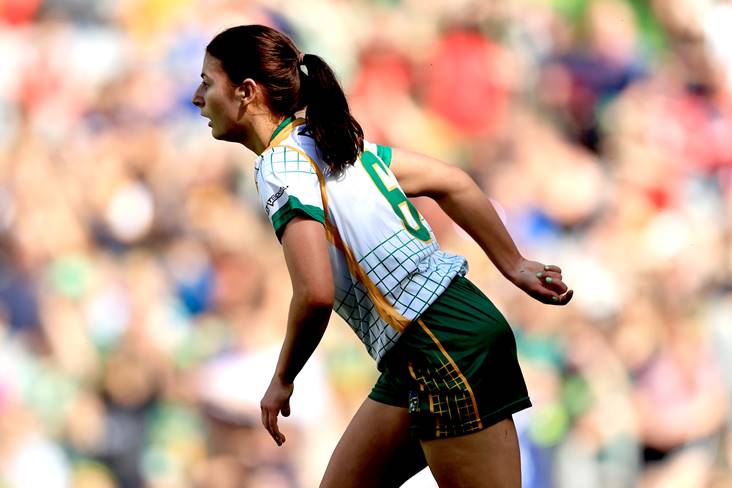 Reigning champions Meath took a 1-8 to 1-5 lead into half-time of today's All-Ireland Ladies SFC final against Kerry at Croke Park.

With seven minutes played, Eamonn Murray's side trailed by 1-2 to 0-0 after Louise Ní Mhuircheartaigh, capitalising on a poor kickout, spotted goalkeeper Monica McGuirk off her line and lobbed the ball into the net to hand Kerry a dream start but the Royals came roaring back into the contest as Emma Troy responded with a goal at the other end.

Louise pounces on a poor kick out to increase the lead for Kerry!#ProperFan

Meath cut the gap to a point! 👌#ProperFan

Played in front of 46,440 fans, a Ní Mhuircheartaigh free narrowed the gap to the minimum five minutes into the second-half, however, Meath took the game by the scruff of the neck as Player of the Match Niamh O'Sullivan and substitute Bridgetta Lynch fired further goals to set them on their way to a 3-10 to 1-7 victory, and with that, a second successive Brendan Martin Cup title.

Meath increase their lead to five, is there any way back for Kerry now? #ProperFan