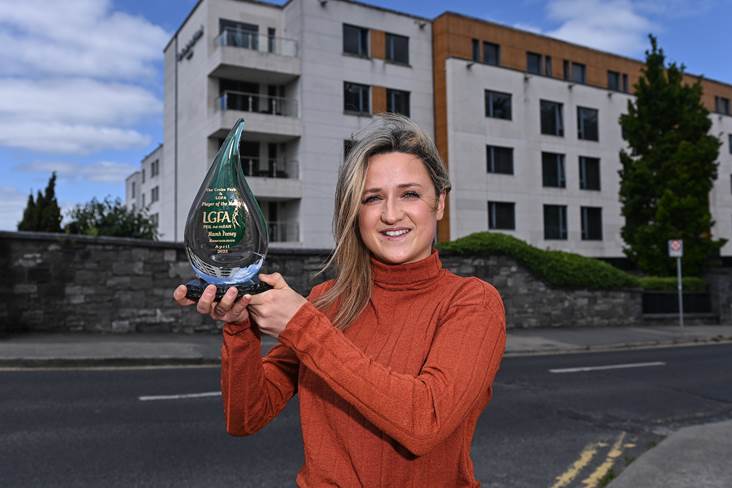 Roscommon star Niamh Feeney has been honoured with The Croke Park/LGFA Player of the Month award for April 2022.

Roscommon star Niamh Feeney has been honoured with The Croke Park/LGFA Player of the Month award for April 2022.

Niamh, 23, was in excellent form for the Rossies during their march to Lidl National League Division 3 glory – and she was player of the match in the Final against Wexford at St Brendan’s Park, Birr, on April 3.

Niamh is a player that possesses seemingly boundless levels of energy and she deservedly earned a place on the Lidl National League Division 3 Team of the League.

From the St Mary’s club in Roscommon, Niamh made her Roscommon debut in 2015 and is now one of the first names pencilled in on the county team sheet.

Niamh will play a key role for the Primrose and Blue throughout the forthcoming TG4 All-Ireland Intermediate Championship, with Roscommon set to commence their campaign with a home fixture against Kildare on Sunday week, June 5.

Niamh was presented with her award today by Peter O’Curry, Food and Beverage Operations Manager, the Croke Park.