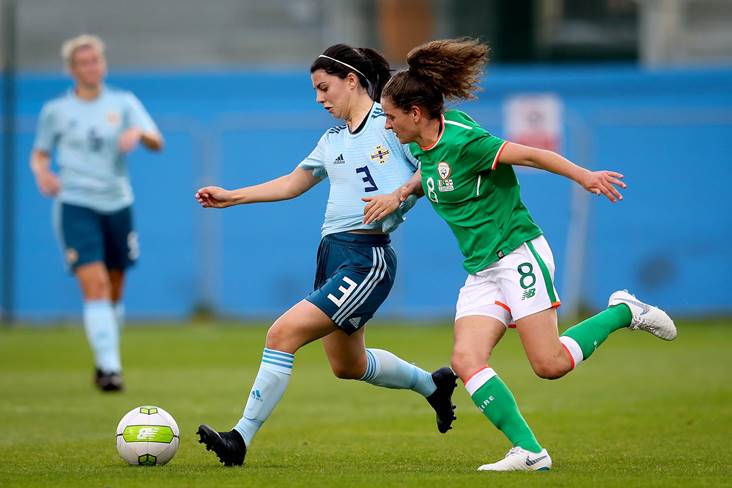 Down ladies football star Jessica Foy made history this week by becoming the first female player to sign a professional contract with a club in Northern Ireland.

The mult-talented 26-year-old from Carryduff put pen to paper on a ground-breaking deal at Glentoran FC whom she captained to their ninth Premiership title last season.

Foy, who is set to line out for Northern Ireland when they contest the Women's European Championships for the first time in July, scored 1-5 in Down's narrow 2-16 to 1-11 All-Ireland ladies intermediate championship quarter-final defeat to Wexford last August after helping the Mourne girls consolidate their position in Division 3 of the National League.

She scored 1-5 as Down came agonisingly close to beating eventual winners Meath in the All-Ireland ladies intermediate championship two years ago.