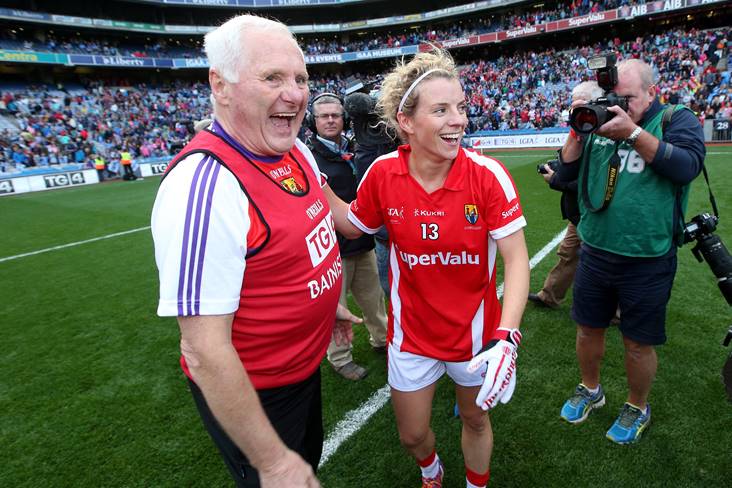 This one will certainly be worth tuning into tonight…

‘Éamonn Ryan: An Máistir’ airs on TG4 at 9.20pm and is a documentary about the life Cork legend Éamonn Ryan whom passed away in January of this year at 79.

The Glenville/Watergrasshill man led Cork ladies to 10 All-Ireland titles during a remarkable tenure which also saw him guide the team to nine National League crowns.

Previous to that he managed Cork’s men football team from 1980 to 1984, winning a Munster SFC title in ’83, and steered the Rebel County’s minor footballers to two All-Ireland successes.

Éamonn also enjoyed success as a mentor at club level while his playing days saw him line-out against Meath in the 1967 All-Ireland SFC final.

Looking back at the life of a true GAA legend, ‘Éamonn Ryan: An Máistir’ isn't one to be missed.

"A fine player, as good as Cork ever produced"