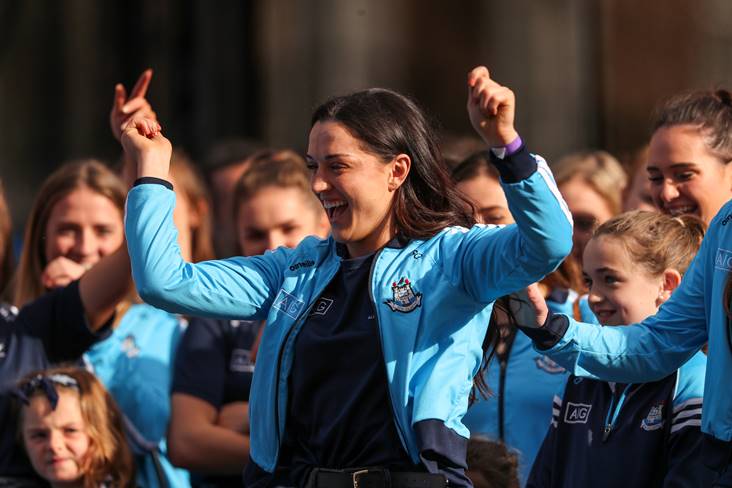 An understrength Foxrock-Cabinteely secured a remarkable six-in-a-row of Leinster senior ladies football club titles last night when they defeated Portlaoise by 1-12 to 2-4 in the Covid-delayed 2020 final at Kinnegad.

Despite starting without their four players who were involved in last Sunday's All-Ireland finals at Croke Park, the Dublin champions still had too much for their inexperienced opponents, who were in bonus territory after winning their first Laois senior title last year.

An Alison Taylor goal handed the underdogs the early initiative, but the 17th minute introduction of seven-time All-Star Sinead Goldrick steadied Fox-Cab who replied with a goal from Katie McNally to lead by 1-2 to 1-1 at half-time.

The introduction of Westmeath's All-Ireland intermediate winning captain Fiona Claffey gave the winners a further boost as they reeled off seven unanswered points after the restart to put the result beyond doubt. A Shaunagh Jackson penalty proved to be no more than a late consolation score for the battling challengers.