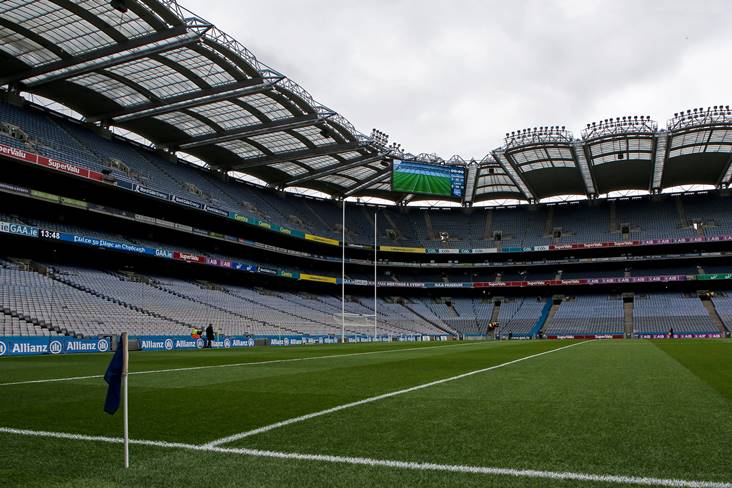 Carlow forward Clíodhna Ní Shé is the inaugural winner of the ZuCar Golden Boot award, the prize for finishing as the leading scorer in the 2021 TG4 All-Ireland Championships.

Ní Shé, 21, from the Bennekerry/Tinryland club, finished the campaign on top of the pile after collecting 9-19 during Carlow’s Championship season.

Carlow may have exited the TG4 All-Ireland Junior Championship at the semi-final stage, after extra-time against Antrim, but Ní Shé was in brilliant form and scorer of 3-5 in that game.

Earlier in the campaign, Ní Shé also collected a hat-trick of goals (3-2) in defeat to Wicklow, who would go on to be crowned Junior champions.

Dillon and Kealy were still in with outside chances of catching Ní Shé prior to yesterday’s TG4 All-Ireland Finals. 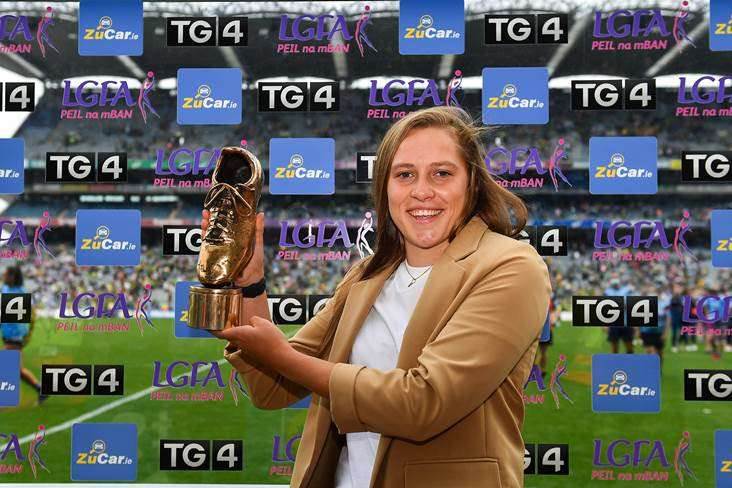 Cliodhna Ni Shé of Carlow with her Golden Boot award

Dillon scored 1-6 in Westmeath’s comprehensive victory over Wexford in the Intermediate decider to move her on to 5-23 (38 points), as Kealy scored three points in Wicklow’s Junior Final win against Antrim, to finish the campaign on 0-38.

Clíodhna was presented with her award at Croke Park on Sunday by Allyson McCarthy, Divisional Marketing Manager at ZuCar.

Commenting on the award, Clíodhna said: “It’s such a huge honour for me. Carlow haven’t had the chance to play at Croke Park yet and unfortunately we didn’t make it this year but it’s still recognition from a Junior team across the three grades.

“It was great to be at Croke Park on such a big day and also to witness such a great match between Dublin and Meath."