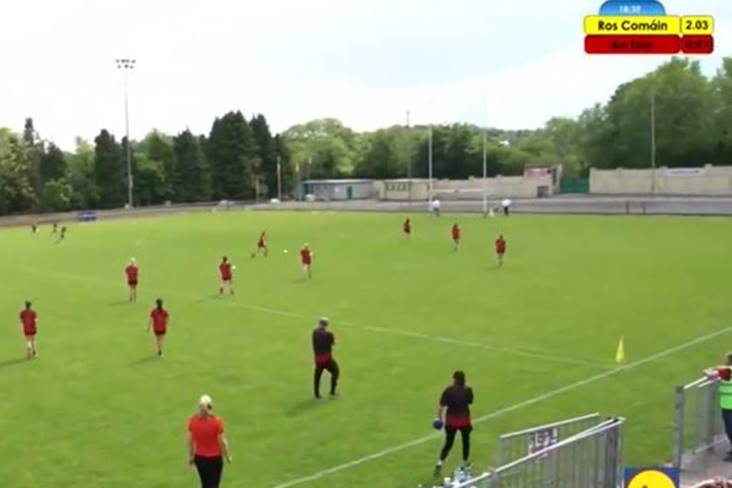 Down move the ball up the pitch and kick into an empty Roscommon net.

Out of the 70+ goals scored across 15 Lidl Ladies National Football League second round matches at the weekend one has caught everyone’s attention for it being one of the most bizarre incidents seen on a GAA pitch...

It happened during the first half of yesterday's Division 3A game between Roscommon and Down at Kiltoom as the sides regrouped for the water break.

Down emerged from the break quicker than their opponents and proceeded to work the ball up the field before kicking into an empty net as the Roscommon players raced back from the sideline.

Despite protests from the bewildered Roscommon players, referee Ciaran Groome allowed the goal to stand.

However, it didn't actually matter much in the end as the Rossies recovered well to run out convincing 5-15 to 3-12 winners.

Here is something I’ve never seen before.... and yes I know the rules. pic.twitter.com/rXV7Z7yGSA