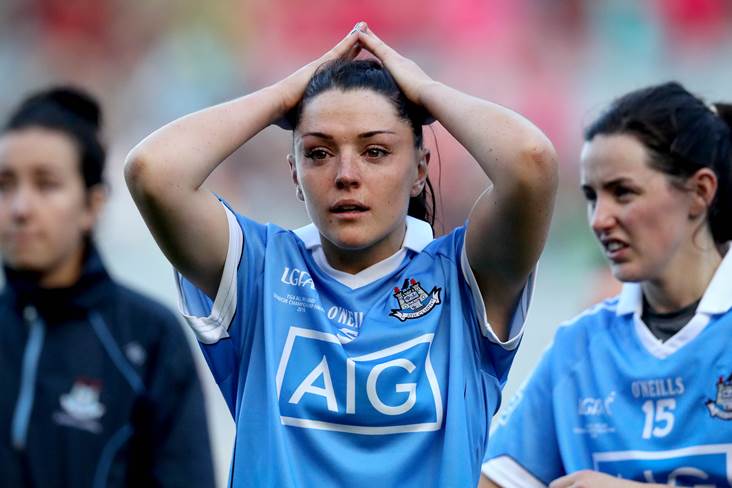 Melbourne Demons have confirmed that Dublin star Sinéad Goldrick suffered a torn hamstring in the round 8 victory against Fremantle on Sunday.

It means the four-time All-Ireland SFC winner will miss the AFLW finals after a scan on Wednesday revealed a tear of a hamstring tendon and that she would need to undergo surgery.

It’s a major setback for Goldrick who, along with Dublin teammate Niamh McEvoy, had to cut short her first season with the Demons last March due to the Covid-19 pandemic.

The duo returned to Australia for the 2021 season following last December's All-Ireland four-in-a-row success and were joined at the Melbourne club by fellow Dubliner Lauren McGee.

"It was a devastating blow for Sinead, who has quickly become a much-loved, respected, and very important member of our team. Her elite speed and fierce competitiveness will be missed as we head into the finals next week," Demons' AFLW general manager Daniel McPherson said in a statement.

"We are grateful that Sinead was able to get the corrective surgery done so swiftly. This gives her the opportunity to start a structured rehab program sooner than would otherwise have been the case, under the watchful eyes of our medical team, before heading back to Ireland later in the year.

"She will have the added benefit of a 'rehab buddy' in the coming weeks, with Krstel [Petrevski] also undergoing the same procedure yesterday."