Ladies: Dublin come from seven behind to deny Deise 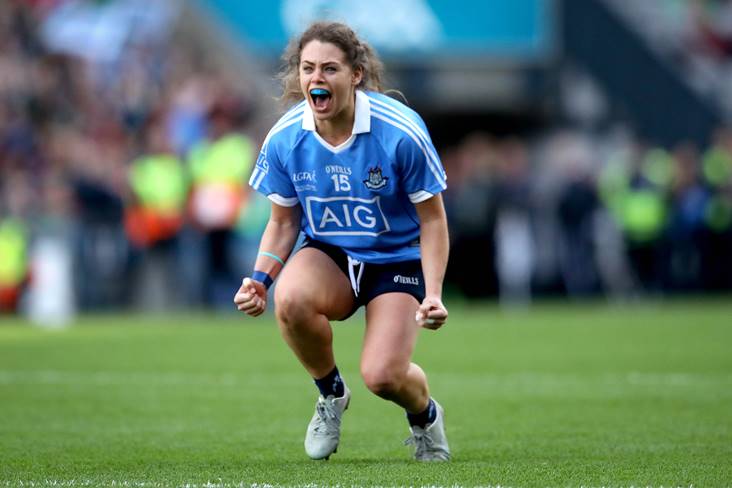 All-Ireland champions Dublin stormed back from seven points down to deny Waterford on an afternoon of sunshine and showers in Dungarvan as Mick Bohan’s side picked up an important three points in their Lidl NFL Division 1 campaign.

Siobhan Woods, Noelle Healy, Carla Rowe and Sinead Aherne all raised green flags for the Sky Blues, who moved four points clear of the relegation spot after their victory.

Five Kellyann Hogan frees and three Roisin Tobin points left the hosts 0-12 to 2-2 ahead after 40 minutes before Bohan’s side struck 2-3 without reply. Two goals in as many minutes by Rowe and Aherne along with a yellow card for Déise full back Roisin Dunphy turned the game in their favour.

Dublin won the toss and chose to play against the breeze in the first half. Two Tobin points from play and three Hogan frees gave the home side a five-point advantage after ten minutes.

Waterford were all over the All-Ireland champions. Dublin goalkeeper Ciara Trant saved a close range Hogan effort and Eabha Rutledge made two goal-line blocks from Katie Murray and Tobin. Chloe Fennell kicked Waterford’s sixth point in the 13th minute. The team in white and blue put huge pressure on Trant’s kickouts during that early purple patch. Hogan and Liz Devine were also off target.

Full forward Siobhan Woods got Dublin off the mark on 16 minutes off the outside of her right. Rowe then converted a free. Waterford hit back with the next three points (two Hogan frees and Katie Murray from play) as they moved seven up.

As the rain started to lash down, Woods found the Waterford net with the aid of the post in the 27th minute to trim the lead to 0-9 to 1-2. Dublin defender Orlagh Nolan was then sent to the sin bin and Tobin replied with her third from play.

In the third minute of injury time Healy hit the top corner of the net after Lyndsey Davey did the tough work as Waterford went in 0-10 to 2-2 in front.

The leaders missed four chances within six minutes of the restart. Dual star Caoimhe McGrath eventually made that Déise dominance count with a point, and Katie Murray then kicked her second from play.

Aherne was introduced on 42 minutes for the Dubs. Roisin Dunphy conceded a penalty and received a yellow card for a foot block and Rowe rattled the bottom corner from the spot. Sarah McCaffrey then won a turnover off a Waterford kickout and set up Aherne for a simple finish to give Dublin a 4-3 to 0-12 lead. Rowe (free) and Eabha Rutledge added points.

Caoimhe McGrath got a consolation score in injury time as Waterford face a big game away to Westmeath in their battle to avoid the drop.