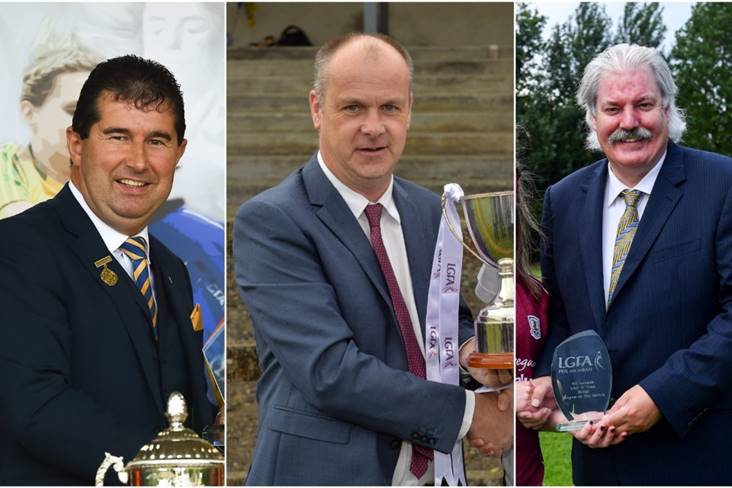 Three candidates are vying to take over from current President Marie Hickey in 2021, and the winner of the vote will then serve a four-year term.

Two Sligo men are contesting the position, namely Micheál Naughton and Liam McDonagh, with Dublin native Dominic Leech also in the running, as Annual Congress returns to Galway for the first time since 2004.

The successful candidate will become the 13th different President of the LGFA since its inception in 1974.

Laois native Marie Hickey will complete her second three-year stint before handing over the reins to the new President at Annual Congress next year.

Hailing from West Sligo, but based in Donegal for over 22 years, Micheál Naughton is a former Donegal and Ulster Council Chairman who also managed the Donegal Ladies Senior Football team.

Affiliated to the Four Masters club, Naughton guided Donegal to the 2010 TG4 All-Ireland Intermediate crown during her first stint in charge, before returning to preside over a 2016 Lidl National League Division 2 title win.

Liam McDonagh is also a native of Sligo, and he has been a member of the St Nathy’s club in the county since its inception in 1993.

A two-time TG4 All-Ireland Final referee (Junior 2003, Intermediate 2007) McDonagh has filled various administrative roles in Sligo, including Chairperson, and he was Connacht LGFA President from 2017-2020.

From Dublin’s northside, Dominic Leech is the current Leinster LGFA President, and he was manager of the Wicklow team that won the 2011 TG4 All-Ireland Junior Championship.

Leech’s home club is Whitehall Colmcilles in Dublin and his current club is Newtownmountkennedy in Wicklow, where he’s actively involved.

Delegates attending the Lough Rea Hotel will hear from all three Presidential hopefuls on Saturday afternoon, before the votes will be cast, and the President-elect revealed.

The LGFA’s 2020 Annual Congress gets underway on Friday evening, and is expected to conclude on Saturday evening.