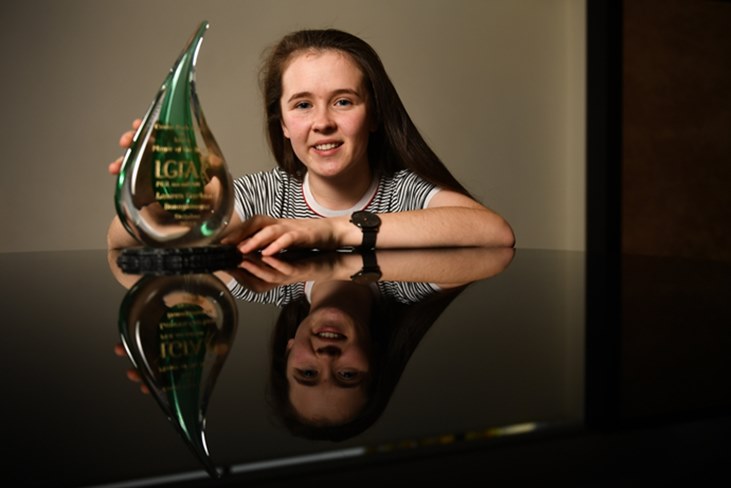 EXCITING young forward Lauren Garland has been honoured with The Croke Park/LGFA Player of the Month award for October.

Lauren, 18, produced a series of sparkling displays for her club Donaghmoyne, who retained their Ulster Senior Championship title in October.

In the Provincial Final victory over Donegal opponents Termon, Lauren scored two points, including a crucial late effort to put her side in front, as the Monaghan champions ran out two-point winners.

Donaghmoyne’s bid for a sixth All-Ireland Senior Club Championship title came unstuck at the semi-final stage against holders Mourneabbey last Sunday, but Lauren and her club can still look back on the season with a huge sense of pride.

Lauren, who’s also a renowned basketball player with two All-Ireland medals, was Player of the Match in the Monaghan County Final in September, when Donaghmoyne got the better of old rivals Emyvale.

At inter-county level, Lauren was also a member of the Monaghan team that reached the All-Ireland Minor A Final this year, with the county competing in the national decider in that grade for the first time in 20 years.

Her debut season at Senior Club level was in 2016, when Donaghmoyne last captured the All-Ireland Senior Club title.

Lauren was presented with her award today by Sean Reid, Deputy General Manager, The Croke Park, and she was joined at today’s presentation by twin sister Amy, who’s also a rising young star, and mum Martina.