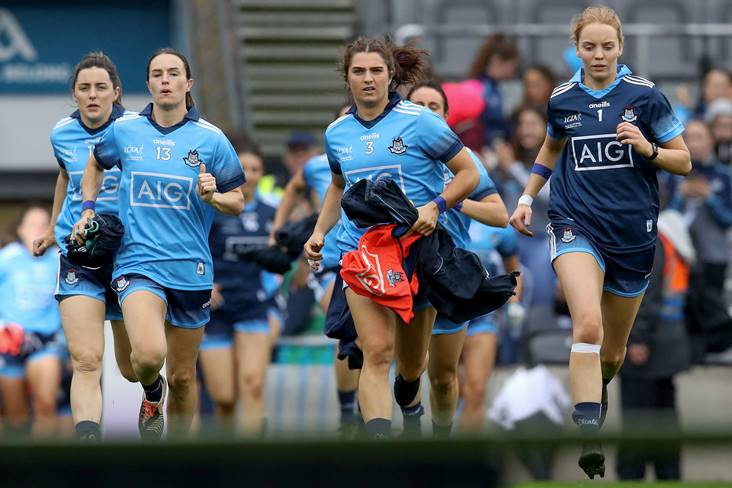 Dublin's Niamh Collins has expressed her concerns about the growing number of ladies footballers who are moving to the AFLW.

Collins' Dublin team-mates Sinéad Goldrick and Niamh McEvoy are the latest inter-county stars to sign for an Aussie Rules club (Melbourne), bringing the number of Irish players confirmed for the 2020 season to 18.

“They’ve been around for 11-12 years and they’ve done their part, and this opportunity has come to them in their late 20s and I think they’re dead right to take it. I think they’re going to have a great time over there and hopefully they’ll learn loads and they’ll bring it back to us," the Foxrock-Cabinteely player told the Irish Times at an AIG promotion yesterday.

“For maybe players who are in the younger stages of their career, then maybe it is kind of dangerous to the game that we’re losing people at 22, 23, 24, when they’re possibly headed into their prime.”

The All-Ireland winning half back says moving to the AFLW is something she wouldn't consider right now.