'We have all had cancer very close to our hearts, it has affected so many families' 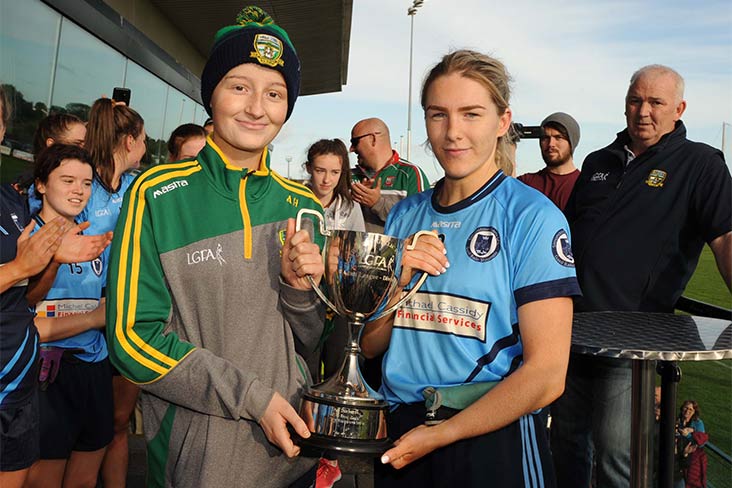 This time last year, Simonstown were in the throes of celebrating their first Meath senior championship win when they realised they had a Leinster semi-final to plan for a week later. Dublin champions Foxrock-Cabinteely took no pity on the first time champions and a 23-point trimming was dished out in a very matter of fact manner.

Tomorrow (SUNDAY) Simonstown will face Laois winners Sarsfields in Mountmellick at 2pm, their second provincial semi-final, and team captain Ailbhe McHugh wants to turn for home afterwards with no regrets this time.

“We know it’s a Leinster semi-final, and it’s very much in the minds for us. Even last week we knew the game would have to be played if we won the county final. We want to go one step further this year,” said McHugh.

“Last year was the first senior title for the club and we really didn’t think too much about Leinster. Not that we wrote ourselves off against a team like Foxrock-Cabinteely: we gave it everything we had, but maybe if we had more time to prepare we could have given them a better run for their money.”

The warm glow of being county champions insulated the Simonstown players from that bruising defeat, but it didn’t take long for the realisation to set in. With three years inter-county experience in her past, McHugh had had a taste of the next level of preparation required, and she says playing the Dublin champions opened a few more eyes.

“It definitely drove us. Going into pre-season, looking at the strength and conditioning of those Dublin girls was unreal. Obviously they had great players that play a very high standard of football, but just looking at them physically...their core strength is massive.

“We all had a good look at ourselves after that and said physically we want to get better, just to be able to compete with a team like that for longer. We have the skills, but we needed to add a physicality to that to compete at the elite level.

“I marked Sinéad Goldrick that day and she was very, very athletic. She ran up and down the field all day. She is a multi All Star winner but that’s where we want to be. We have a great set of players and that definitely helped us focus in a bit more for the hard slog in the winter.”

This year McHugh was handed the captaincy by manager Ronan Carley and like Niamh Sheridan last year, she had the honour of lifting the Meath SFC title on behalf of the team. Always a precious moment for a sports person, receiving the cup was made extra special considering it was presented by Meath U-16 player Aoife Hughes, who is currently battling cancer.

Like many Meath club teams, Simonstown have supported ‘Aoife’s Army’ by wearing fundraising t-shirts during their warm-up, and McHugh says is was heart-warming to have Aoife by her side.

“We all read about Aoife’s story and there has been a lot of awareness around it in Meath in the last couple of months. It is horribly heart-breaking. We have all had cancer very close to our hearts, it has affected so many families and clubs. We are very aware of that. It is a really, really worthwhile cause to donate to.

“And for Aoife to hand me the cup, it was brilliant seeing her out. We all support her. She was involved with the Meath U-16 team and everyone is behind her. She had her Meath gear on and we are all rooting for her to make a recovery.”

Like last year, Simonstown locals celebrated the club’s victory with great vigour, 24 years after their formation, but second time round the players and the management team soon switched focus to Sarsfields.

“We celebrated the win on Sunday night and we met up for a bit of food and a few drinks on Monday evening,” said McHugh.

“We’re back training on Wednesday night and the plan is to get another session in on Friday night too before the game on Sunday.

“Last year we won it for the first time at senior grade, but we had been building towards that since 2013 when we won the junior and in 2014 when we won the intermediate championship. After a couple of years at senior we finally won it last year and two in a row is a great achievement.

“But with the Leinster semi-final on Sunday, that is the full focus for now. We’ll have our homework done on Sarsfields this week and we are excited about the game.

“We don’t think that because we are not playing the Dublin champions that it will be easy – it’s not going to be easy at all. We don’t know them inside out, but any team that wins a few senior titles in a row has to be respected.

“We really can’t wait to give it a great crack on Sunday, we are looking forward to it now and the aim is not to have a bit of fun, but to get stuck back into championship football. After what we achieved to have another game is something we are all looking forward to.”