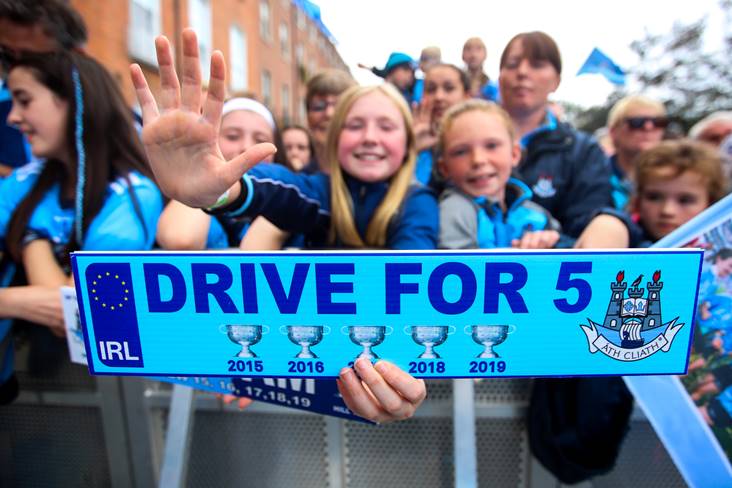 The people of Dublin turned out in their thousands this afternoon to show their support to the Boys and Girls in Blue. Dublin manager Jim Gavin is introduced to the crowd.