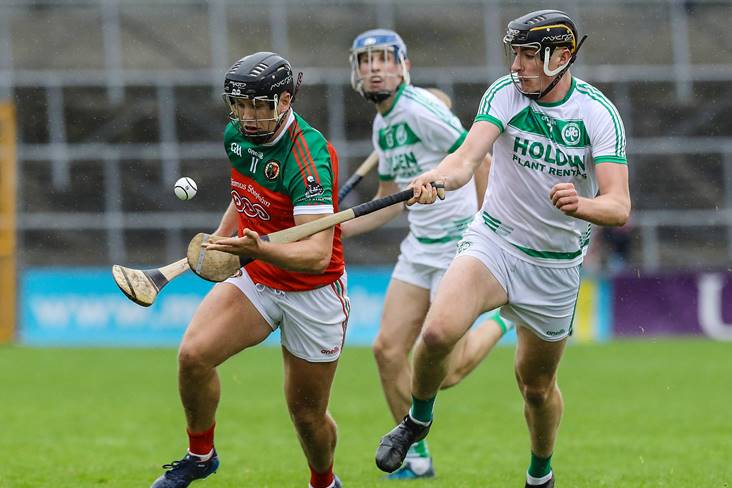 Reduced to 14-men just minutes into the second-half when Paddy Mullen was sent off by referee Conor Everard for a straight red offence, Shamrocks looked to be in a spot of bother having led by two points at that stage. However, Pat Hoban's charges showed their mettle once again to maintain a stranglehold on the Walsh Cup as Joey Cuddihy's 52nd minute goal set them on their way to a seven-point victory over the Kilkenny city side.

Stephens had plenty of scoring chances in the first-half, with Eoin Guilfoyle making amends for a previous miss with a 21st minute goal to leave Seamus Dwyer's side 0-4 to 1-4 up. In true Ballyhale fashion, they responded by hitting the next five points to lead by two at the turnaround, 0-11 to 1-6.

Midfielder Mullen then received his marching orders for a dangerous pull on a James Stephens opponent, but it galvanised the Shamrocks as they increased their advantage to nine points by the 59th minute when Conor Browne netted a consolation goal for 'the Village'. The Kilkenny champions will begin the defence of their Leinster crown at home to Westmeath winners Castletown-Geoghegan on November 13.