Leinster Ladies Club Championship off to a flying start 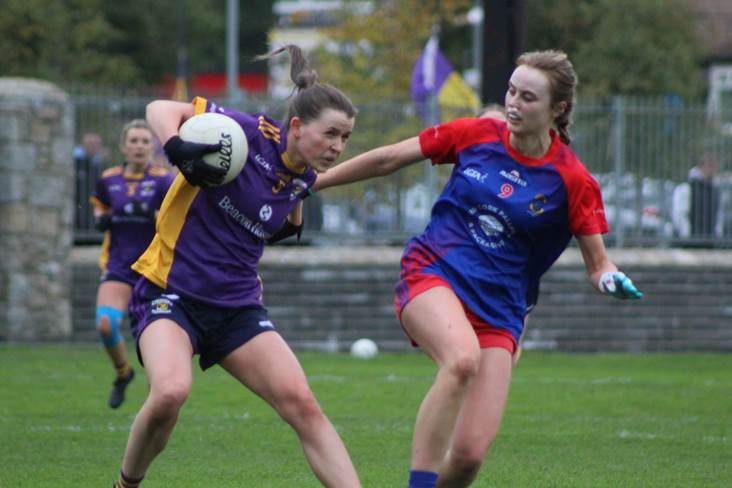 There will be new Leinster Senior Club Champions in 2022 as Kilmacud Crokes got the better of defending champions, St Peter’s Dunboyne on Sunday. Played in front of a huge crowd, two first half goals proved crucial as Crokes eased to a quarter final win. Michelle Davoren was in excellent form for Crokes, kicking 0-05 over the hour while Julia Buckley and Kate Murray each found the net.

Meanwhile, in Rathleague, late drama ensured Eadestown passage into the semi-finals as they overcame a talented Portlaoise team. Tara Bedford and Grace Clifford netted for the Kildare champions while Bedford also scored the winning point late on.

In Tinahely, Milltown hit two first half goals but the home side were a point ahead at the break (0-9 to 2-2). Despite Milltown scoring two second half goals, Tinahely did enough to ensure their place in the semi finals with a single point win.

In the Intermediate Championship, Old Leighlin marched on to the quarter finals despite a late spot kick converted for Killucan. Rachel Sawyer was on form hitting 1-4 as the Carlow champions booked a place in the last eight. Gemma Carpenter and Aoife Roche also netted as Old Leighlin won by the narrowest of margins.

Tinahely’s intermediate team were on form, hitting 5-12 as they defeated Ballinamere Durrow. Meanwhile in Laois, Wexford champions Shelmalier had two points to spare as they saw off Park Ratheniska by 2-08 to 2-06. Ailis Neville and Ciara Banville hit the net for Stanley O’Leary’s team as they booked their place in the final eight.

In the preliminary round in the Junior Championship there were wins on Saturday for St Joseph’s and Muckalee, while on Sunday evening St Martins overcame Éire Óg to book a place in the last eight.