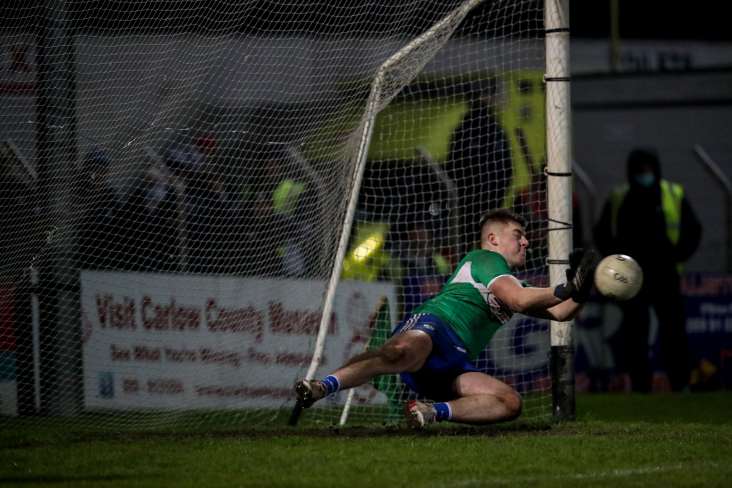 Laois will face Dublin in the O’Byrne Cup final after coming through a dramatic penalty shoot-out against Kildare last night.

After it finished 0-9 to 1-6 at Netwatch Cullen Park, the O’Moore men advanced to Saturday’s decider with a 6-5 win on penalties over the Lilywhites.

Points from Sean Moore (2) and Eoin Lowry helped Laois to lead by two at the water break and in 23rd minute Kildare hit back in the best possible fashion through a Daniel Flynn goal.

It saw last year’s beaten Leinster finalists edge a 1-3 to 0-5 lead at the half and after the turn around it would be tit-for-tat.

Kildare got their noses in front in the 57th minute but Evan O’Carroll levelled, and with scores few and far between in the closing stages, the game went straight to a penalty shoot-out.

The semi-final was decided by Matthew Bryon’s save from a Paul Cribbin penalty after Cormac Murphy had converted the sixth penalty for Laois.