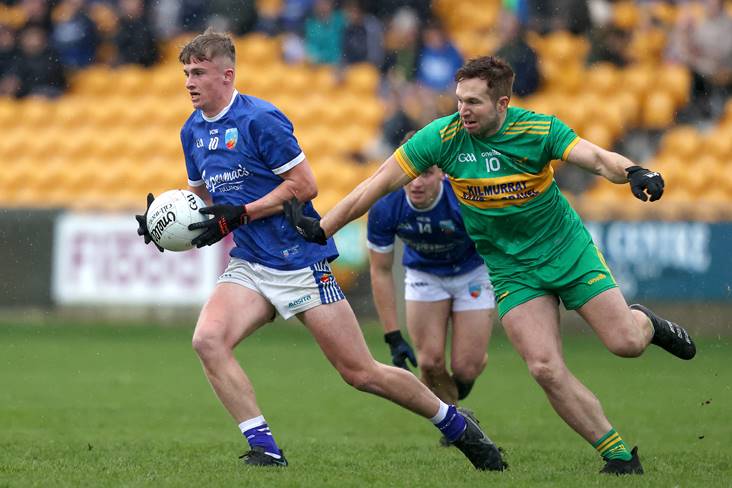 Coláiste Choilm's Harry Plunkett in action for Tullamore in the Offaly SFC final.

Good Counsel College, Scoil Mhuire, Clane and group team winners Wexford Schools received a bye into the quarter-finals proper with the next stage to be played out in the New Year.