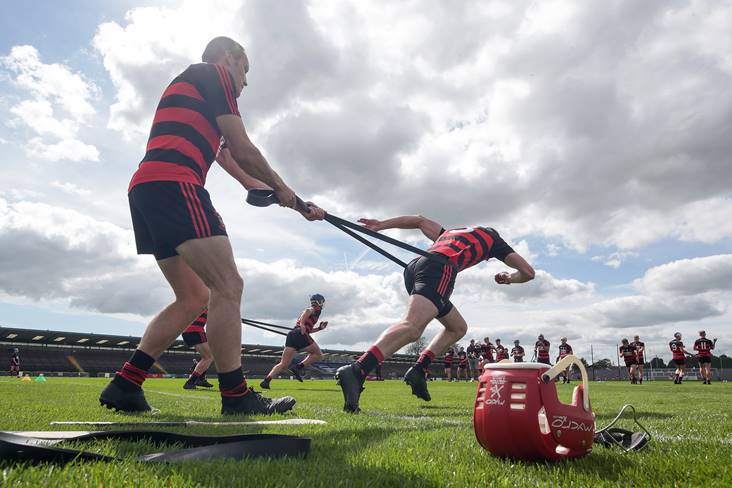 Ballygunner players warm up before the Waterford SHC final against Passage at Walsh Park. ©INPHO/Laszlo Geczo.

They won their 7th title in a row, and have no family or friends here to celebrate with them, but it means just as much to @ballygunnerHc.

Dessie Hutchinson is going to do wreck this year, has one of the key components to be a top forward..... can win his own ball. Serious find for Waterford!!

The darkest day our Games have known. 14 lives taken. 100 years on, we remember them. #B100dySunday pic.twitter.com/zoQofHVRgf

Any forwards in Gaelic football moaning about lack of space in the modern game should watch Andy Moran. His movement is unreal. Makes it so easy to get the ball to him.

No defender had a chance with a decent forward inside in so much space and Andy is well more than decent !!! https://t.co/EBiFqSYHr7

The pace, physicality, intensity and tactics have all come on so much in club football (intercounty also) in the last 10/12 yrs!!! Some great games to be seen. Loving seeing so much of it lately. The game has flushed itself back from the defensive stuff too 👏🏼🏐

After what I saw last night in Omagh on TV & the game between Trillick & Killyclogher, surely there is a discussion worth having about more Friday night games ? Aware there would be difficulties but it was a great game of Football! @officialgaa @RTEsport @rtegaa @TyroneGAALive

Is Tyrone club championship the best in Ireland? Can't beat the straight knockout!!

The barber in Trillick was busy the day boysss #tg4

First ever televised #GAA penalty shoot-out and a privilege to be across it. 🎙