O'Shea is Young Footballer of the Year 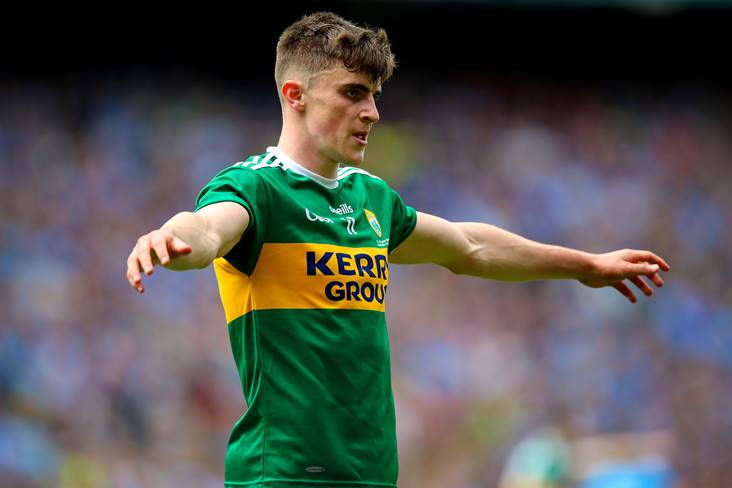 The PwC GAA/GPA Young Footballer of the Year for 2019 is Kerry's Sean O'Shea.

O'Shea won the award from a shortlist which also featured his fellow Kingdom young gun and last year's winner David Clifford. Armagh attacker Rian O'Neill was also in the running.

At 21, Kenmare Shamrocks clubman O'Shea belied his years with a series of exceptional performances in the green and gold jersey this year.

He was an inspirational figure for Kerry at centre-forward and scored a combined total of 15 points in the drawn and replayed All-Ireland finals.