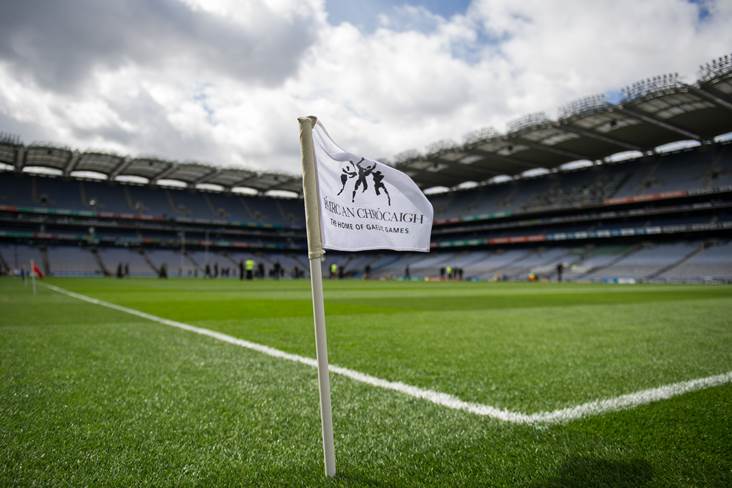 The GAA has today launched a major initiative to focus on the victims of the Bloody Sunday attack at Croke Park in 1920 with a series of projects dedicated to the lost lives in the run up to the centenary commemoration next November.

A companion to the programme of events planned for the GAA Museum at Croke Park, this B100dy Sunday – The GAA Remembers series will tell the story in a new way and bring it to a broad and digital-native audience as the Association pays tribute to the memory of the 14 people who went to a match and never came home.

A collection of specially commissioned videos focusing on the victims killed 100 years ago at a Dublin v Tipperary football match begins online today and will run over the next 10 weeks, starting with the profiling of Dubliner Jane Boyle, who died in the crowd at Croke Park a few days short of what should have been her wedding day.

The videos have been set to music entitled More Than A Game; a piece commissioned by the GAA from the renowned Irish musician Colm Mac Con Iomaire.  A new section dedicated to Bloody Sunday has been launched on GAA.ie and will shortly also feature a free podcast for download provided by Michael Foley, journalist, and best-selling author of the account of these tragic events, The Bloodied Field.

Uachtarán CLG John Horan said: “Behind the history and the headlines of the Crown Forces attack on Croke Park in 1920 is a human story and a human tragedy.

“The appalling events of that Bloody Sunday changed the GAA and forever altered our relationship with the pitch at Jones’s Road.

“How a place envisaged to be a home of unconfined joy was turned into a scene of carnage and horror is a tragedy that will never be forgotten. To honour those who went to a match and never came home we need to remember them, to pay our respects, and that is what we intend to do.”

Film Series - Starting on September 2, the GAA will release the first in a series of 10 short films focusing on the victims of Bloody Sunday. These films, produced in collaboration with Dublin-based digital marketing agency Fifty-Three Six, focus on the humanity rather than the statistic of each life lost, and seek to draw attention, raise awareness and critically spark an interest for people to learn more about the tragedy of November 21, 1920. Beginning with Jane Boyle's vignette, the films will be released to eventually knit together into a single five-minute film which depicts the events of the day, 100 years ago.

GAA.ie/B100dySunday - to coincide with the release of the films comes the release of GAA.ie/BloodySunday. This new area on GAA.ie is dedicated to this centenary where not only the videos will live but also a deeper background on each victim and a narrative of the time and event and its legacy.

The Bloodied Field Podcast - exclusive to GAA.ie, an eight-episode podcast series on Bloody Sunday at Croke Park has been commissioned from Michael Foley. Each episode narrates the tragic story on that Sunday afternoon in November 1920; the life and times of the victims, the political climate and the series of events that led to the Croke Park attack by Crown Forces. The series will be available on GAA.ie/BloodySunday and Spotify.

Additional online content - With the assistance of staff writers and the GAA’s History Committee, a series of other key stories and tales from the event will be published on GAA.ie.; essays on key figures involved on the field at Croke Park, GAA leaders steering the Association through a war, as well as incredible survivor stories.

TV Documentary - GAA Communications is working with the IFTA-nominated Twopair Films on a documentary that will be screened by RTÉ television next November and is based on the Sunday Times journalist and author Michael Foley’s widely acclaimed book on Bloody Sunday entitled The Bloodied Field.

Abbey Theatre collaboration - The Directors of the Abbey are commissioning a series of special one-man performances focusing on each of the 14 Croke Park victims and which the GAA are helping them to stage in the local GAA club or school of that victim.

Commemoration ceremony - the centenary commemoration event at Croke Park is due to take place before the Leinster senior football final on the evening of Saturday, November 21. If permitted under restrictions, it will be preceded by a ceremonial 'finishing of the match' involving 'Dublin' and 'Tipperary' teams featuring either available county or club players. The event will feature a special narration that focuses on the memory of each of the 14 lives lost at Croke Park 1920 with a torch lighting ceremony, a wreath laying and a musical performance by Colm Mac Con Iomaire.

Legacy memorial - The five-year Bloody Sunday Graves Project has been addressing a number of unmarked graves and erecting headstones to these Croke Park victims in conjunction with their surviving relatives. As plans are made to restore other graves in need of assistance, it is also intended to finish this project at a future date in a new memorial work on the front of Croke Park on Jones's Road.