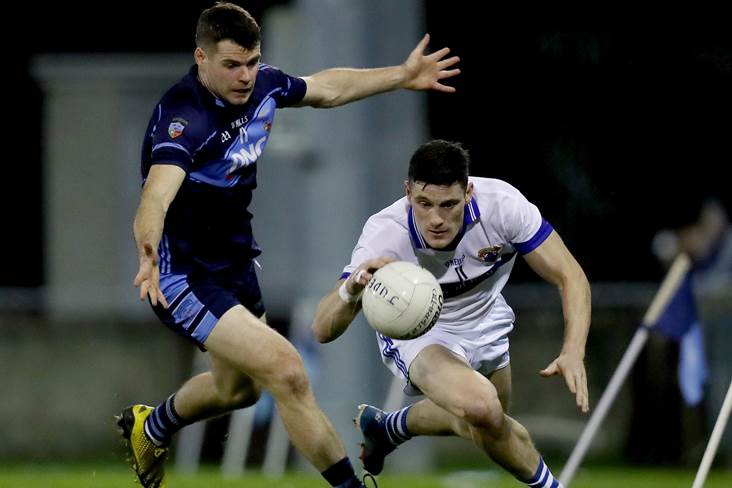 A floodlight failure at the Donnycarney venue failed to distract the Templeogue players who enjoyed a surprisingly comfortable 0-11 to 0-4 victory to advance to the last four.

Kevin McManamon registered three points for last year’s defeated finalists while Padraic Clarke clipped over four frees but it was the malfunctioning St Vincent’s attack, which included Diarmuid Connolly, Enda Varley and Mossy Quinn, that was one of the main talking points afterwards.

The first-half finished with the Gareth Roche managed winners 0-9 to 0-3 to the good and the anticipated kick from Tony Diamond’s Vins never materialised.

All they could engineer was a solitary point through substitute Joe Feeney and their woes were compounded when he was dismissed late on.