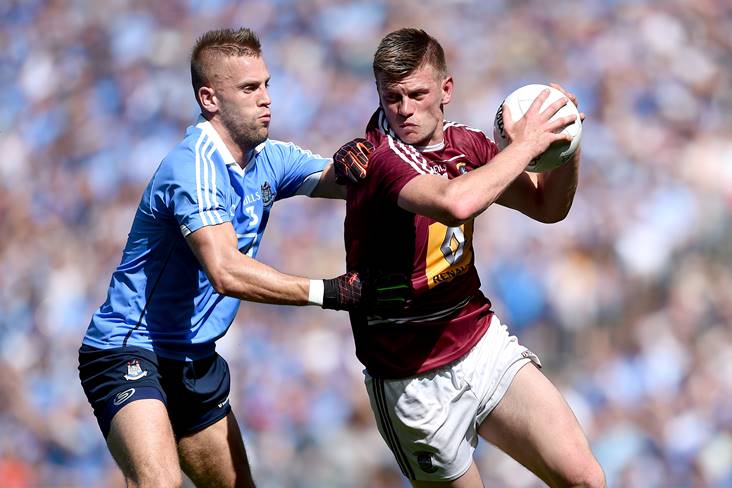 John Heslin says it’s disappointing that Mullingar hasn’t even been considered for next year’s Leinster SFC clash between Westmeath and Dublin.

The provincial quarter-final is set to take place at Croke Park next summer and Lake County star John Heslin reckons the game would benefit from a better atmosphere at Cusack Park.

"Of course, we want to be playing in Mullingar," he told Off The Ball. "But including sport into what Bressie (Niall Breslin, OTB AM co-host) just mentioned, the buzz that it creates for younger people.

"We all know that the Leinster Championship has been one-sided. Westmeath got to two Leinster finals. Perhaps in a different era, we could have won one of those finals.

"I was a young kid when Westmeath won the Leinster Championship in 2004 and that encouraged me to continue in the game. Bringing the likes of Dublin and the stars that they have - and arguably some of the greatest players to have played the game - the buzz that would create for the young kids of Mullingar and Westmeath, you can't even put a value on that.

"It's disappointing that it's not even being considered to be in Mullingar."