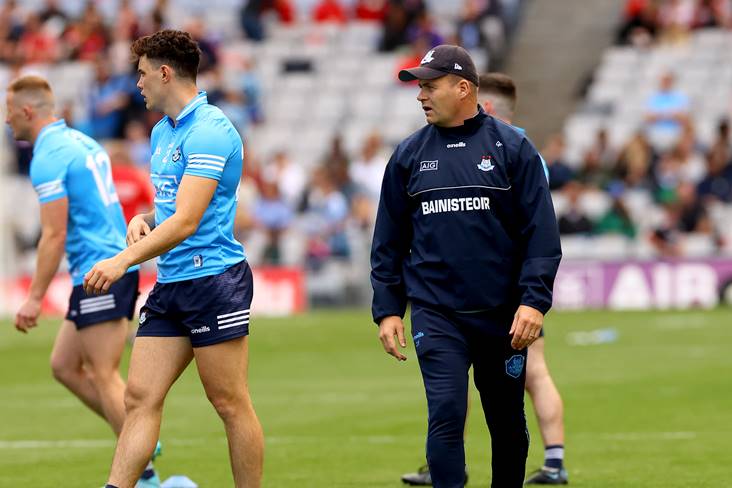 Dublin manager Dessie Farrell has said James McCarthy and Con O'Callaghan are facing "a race against time" to be fit for the All-Ireland SFC semi-final against either Kerry or Mayo on July 10.

Farrell was forced to leave team captain McCarthy and star forward O'Callaghan out of his 26-man matchday squad for yesterday's 0-21 to 0-10 quarter-final win over Cork at Croke Park after the pair both suffered hamstring injuries in the run-up to the clash with the Rebels.

"It's a tough one, obviously very disappointing for the lads," Farrell told RTÉ Sport.

"Injuries, unfortunately, they're part and parcel of the landscape at this level.

"Getting an injury at this time of year is very challenging because the games are coming thick and fast.

"In many ways, it's a race against time now so our medical team are doing everything possible to have both players available."