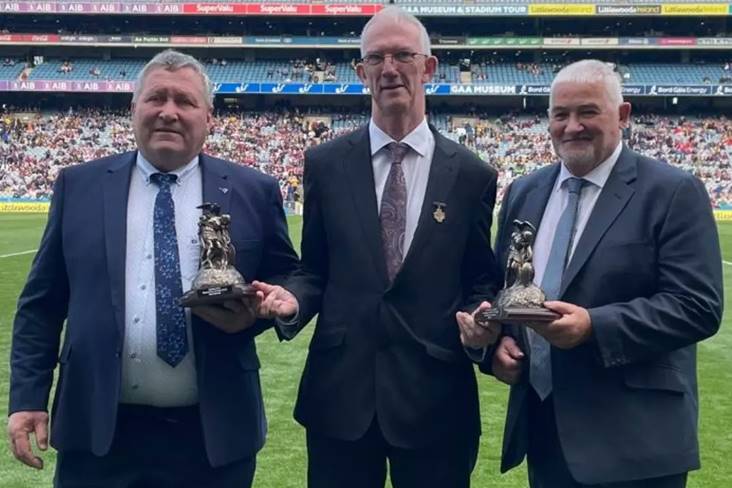 Legendary Westmeath goalkeeper Sean Greville from Raharney and Dublin and O'Toole's great Peadar Carton Snr were presented with Hall of Fame awards by Leinster Council chairman Pat Teehan at yesterday's provincial SHC final at Croke Park in recognition for a lifetime of dedicated service to their respective clubs and counties.

Greville represented Westmeath with distinction, lining out at senior level for 20 years between 1973 and 1993. During that time, he won three All-Ireland B championship titles with the county and was part of the Leinster team that claimed Railway Cup honours in 1988. He holds four Westmeath SHC medals.

For the best part of a decade, from the 1970s on, Carton Snr was a stalwart member of the Dublin senior hurling team. He was a regular on Railway Cup winning Leinster sides and claimed a interprovincial medal in 1978. He also helped O'Toole's win three Dublin SHC titles in 1977, 1984 1990.