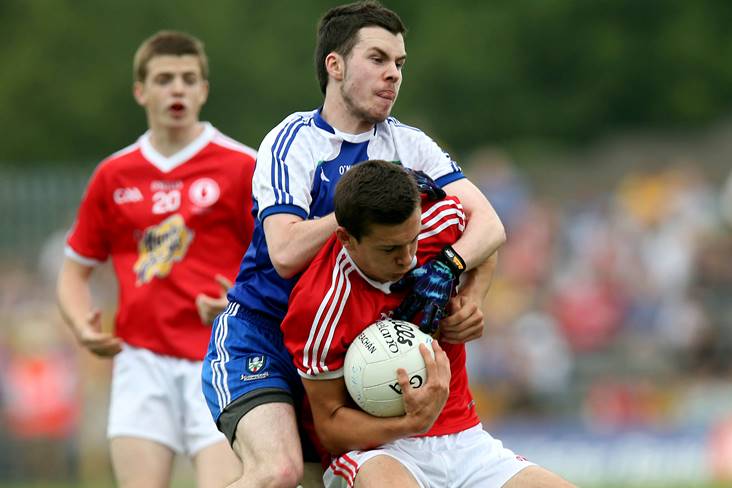 Conor McKenna in possession for the Tyrone minors in 2013. ©INPHO/Donall Farmer.

Conor McKenna will make his first appearance in a Tyrone jersey since returning from the AFL last month against Donegal this afternoon.

The Eglish man has been named at centre forward for the rescheduled Allianz Football League clash in Ballybofey. The former Tyrone minor star linked up with Mickey Harte's squad after returning from a six-year spell with Essendon and goes straight into the team for the local derby clash, which is a dress rehearsal for the Ulster SFC quarter-final between the same two counties at the same venue in a fortnight's time.

Mattie Donnelly also returns to the starting XV after recovering from the career-threatening leg injury he sustained last year.