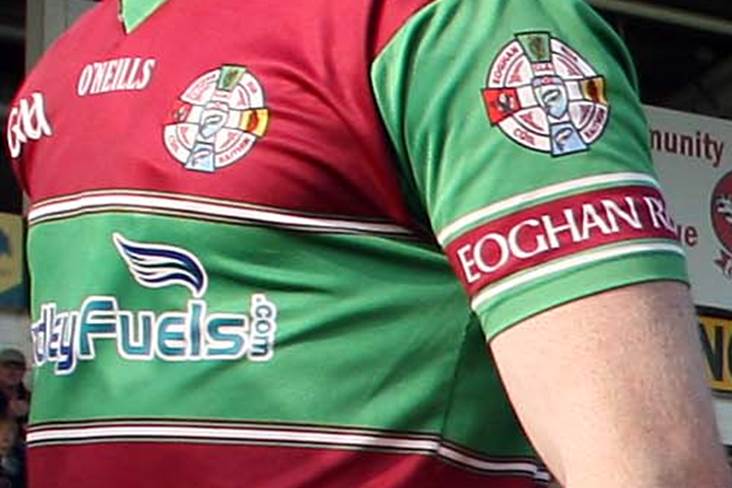 A general view of the Eoghan Rua Coleraine jersey.
©INPHO.

The Ulster club JHC final, which was postponed this afternoon due to an unplayable pitch at the Dub Arena in Belfast, has been rescheduled for next Saturday, November 16.

A time and venue for the rearranged decider between Eoghan Rua of Derry and Down's Newry Shamrocks has yet to be confirmed.

Today's Leinster club IFC quarter-final meeting of Mattock Rangers (Louth) and Monasterevan (Kildare) was also postponed, but has been refixed for Stabannon Parnells tomorrow at 2pm, with Darver on standby.