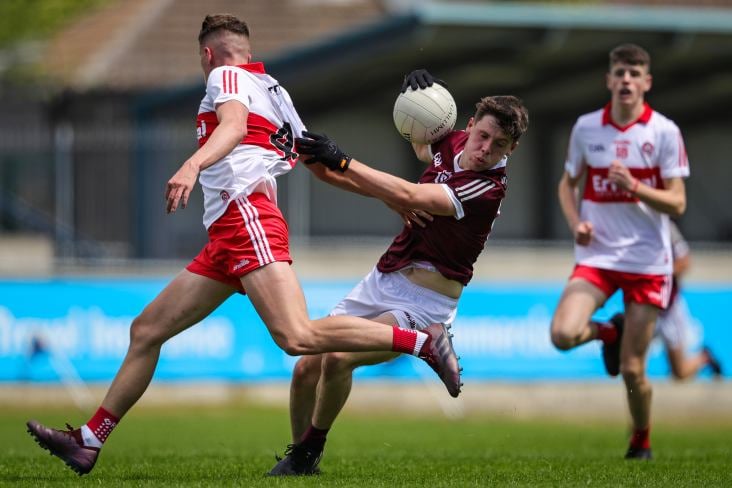 Galway advanced to their fourth All-Ireland minor football championship final in seven season this afternoon by holding off Derry’s fightback to record a 2-9 to 1-11 victory at Parnell Park.

Jack Lonergan early deflected goal set the tone for the Connacht lads as they went on to build a 1-3 to 0-1 lead by the 22nd minute.

Derry got the response they were looking for seven minutes later when Eoin Higgins blasted in off the Galway crossbar, leaving them right in contention at the end of low scoring opening half (1-4 to 1-1).

A brilliant individual goal from Colm Costello, who finished with 1-4, was exactly the restart the Tribesmen were looking for and the same player would tap over a free moments later.

Galway had a 2-9 to 1-5 lead heading into the closing 10 minutes in the capital and, despite their Ulster counterparts sending over the last six points, it was Alan Glynn’s lads that hung on and booked their place in the final against neighbours Mayo in two weeks’ time.