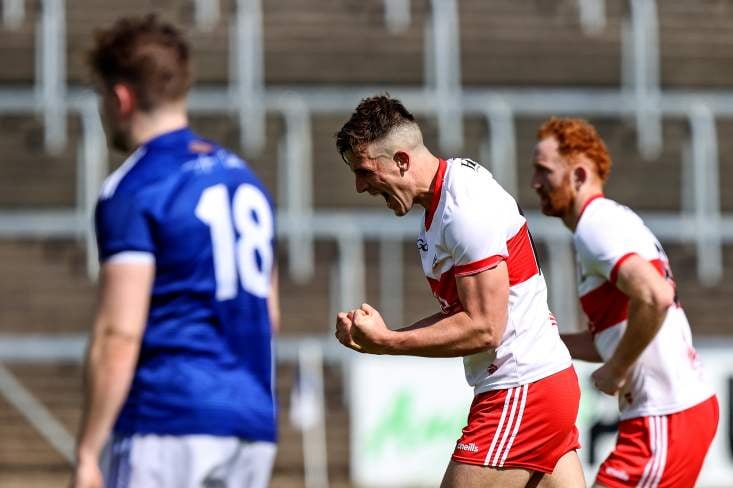 Former Kerry manager Eamonn Fitzmaurice says it will be interesting to see how Derry’s style of play transfers over to Croke Park this weekend.

The Ulster champions meet Clare at headquarters tomorrow (Saturday) at 3.45pm looking to book their slot in the All-Ireland SFC semi-final against either Armagh or Galway on July 9th.

Speaking on the RTE GAA podcast ahead of this weekend, Fitzmaurice said he sees two “health warnings” for Rory Gallagher’s side going into the clash with the Banner men.

"It was a brilliant Ulster championship to win, no doubt about it - if you sat down beforehand and said Derry will win it, beating Tyrone, Monaghan and Donegal, you’d say, 'wow that’s amazing’,” said the 2014 All-Ireland winning boss.

"But having seen what happened to Tyrone, Monaghan and Donegal afterwards, how good were they this season? That’s one question for Derry.

"The other thing is how well their game will transfer to Croke Park. I think it’ll transfer quite well because they’re so fit and Rory Gallagher has the experience of having transferred with Jim McGuinness, and the Donegal template of being even better in Croke Park.

"I wouldn’t be as worried about that but the way the form lines have played out over the championship – a brilliant achievement but none of Tyrone, Monaghan or Donegal were going as well as they can go.

"That’s the only health warning I’d have with Derry. I still think they’re going to take serious beating, both this weekend and further into the championship. But it will be interesting to see where they’re at on Saturday evening."