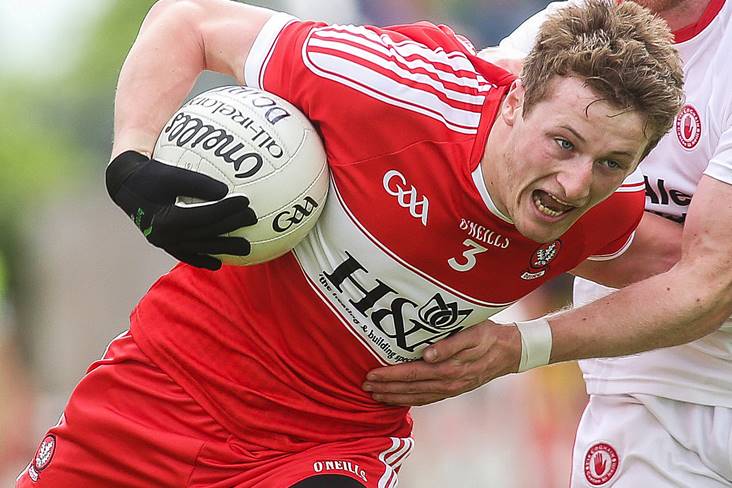 Still basking in the warm afterglow of the Oak Leafers' first Ulster SFC triumph in 24 years, the brilliant Slaughtneil full back was in Dublin yesterday to pick up the PwC GAA/GPA Footballer of the Month for May.

"I know some people would have their opinions that some teams are lesser than others, that there's more in-form teams, but we're aware of the challenge of Clare. We played them in the National League this year and it wasn't a handy game," he told gaa.ie

"It was very tight, even though the scoreline maybe didn't reflect that at the end, I guess we got a couple of scores to kind of add on to it, which obviously changes the look of it."

Rogers was impressed by the Banner's late winning rally against a fancied Roscommon team last Saturday.

"Roscommon had a purple patch, had a good foothold in the game, but given how well Clare are coached they managed to claw their way back into the game and win it," he continued.

"To say they're not a good team would be inaccurate. Obviously we're not going to take them lightly because they have the qualities to be there, they've earned the right to be there."