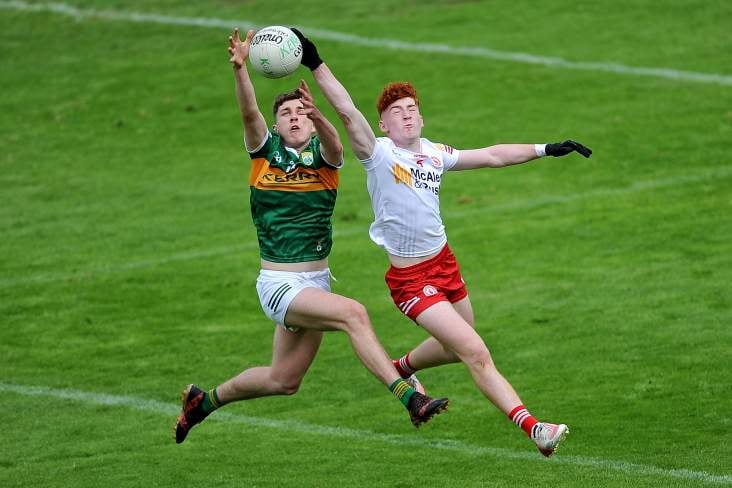 Kerry came out on top in a low-scoring affair against Tyrone at O’Moore Park, where it finished 0-8 to 1-4 in the Kingdom’s favour, thanks to Fionn Murphy’s late free which proved the difference in the end.

Caolan Donnelly's palmed goal after seven minutes had given the Ulster champions the perfect start, but the points of Cormac Dillon (2), Jack Clifford, Paddy Lane and Darragh O’Sullivan saw their Munster counterparts go in leading by 0-6 to 1-2 at the break.

Eddie Healy doubled Kerry’s lead after the turnaround and, although that would be erased by Ronan Molloy at the other end, Murphy’s free put the Kingdom two up again and the Red Hands would have to settle for just a Donnelly point in the end as they couldn’t rattle the net in the closing stages. 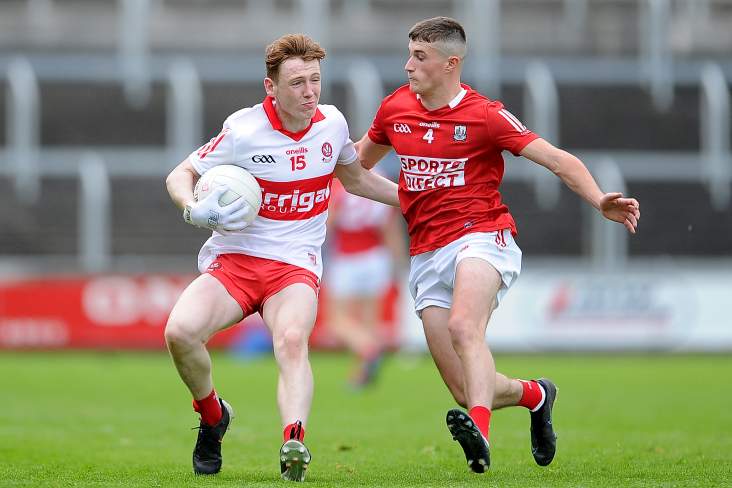 The later game in Portlaoise saw Derry defeating Cork by 0-12 to 0-6 to advance to the semi-finals.

Ciaran Chambers’ brace helped the Oak Leafers control the contest early on as they build up a 0-4 to 0-1 lead. Colm Gillespie got Cork motoring but Chambers was on target again down the far end and it saw the Ulster lads leading by 0-5 to 0-2 at the halfway stage.

Ruairi Forbes and Chambers (2) kept the scores coming for Derry after the restart and, while Brian Hayes pulled one back for the Munster champions, they’d fall seven behind through the points of Eoin Higgins and Murphy prior to Shea Birt’s fine score putting a seal on the win for Oak Leaf County.