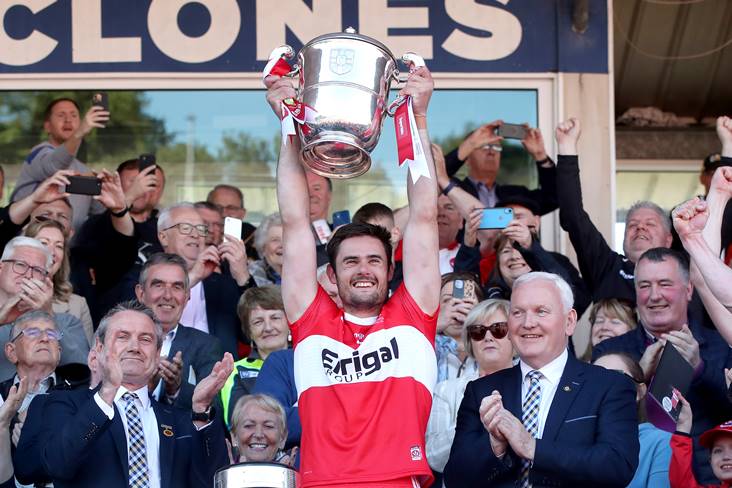 Oisin McConville reckons Derry would put it up to either Dublin or Kerry if they were to meet them later in the All-Ireland SFC.

After winning a first Ulster SFC title since 1998 the hard way by taking out Tyrone, Monaghan and Donegal after extra-time yesterday, McConville believes the Oak Leafers won’t fear anyone from here on.

"Dublin are not the same as they were. Kerry are not this dominant force that people think they are. Tyrone... You look at the obvious teams that you think about, and you think 'Can Derry challenge them?' Play like that against a Kerry or a Dublin and they will cause them a huge amount of problems.

"They may be a little bit off it, but they sprung a lot of players from the bench today that hadn't got any championship time whatsoever, and they actually did quite well. It's building, it's a process, and I think they're getting there."