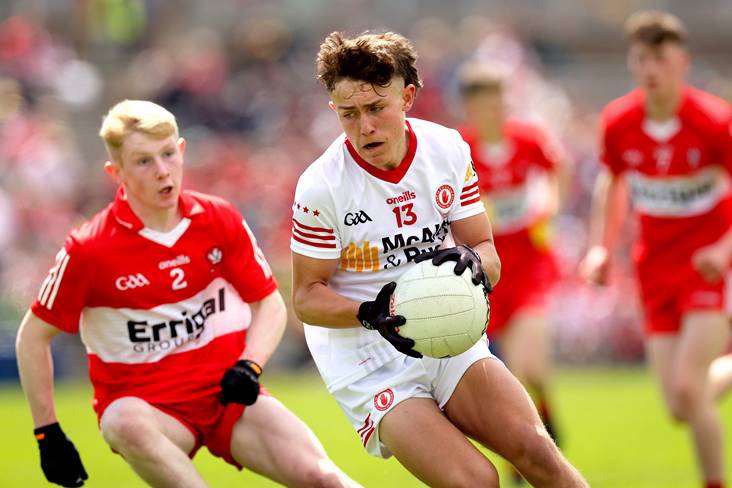 A brace of goals either side of the break proved decisive as Tyrone retained their Ulster minor football championship title at Derry's expense in Clones this afternoon.

Played as a curtain-raiser to the senior decider between Derry and Donegal at St Tiernach's Park, the Red Hands were 2-3 to 0-5 to the good at half-time and, after their opponents finished stronger to narrow the gap to a single point, captain Eoin McElholm's injury-time goal ensured a 4-8 to 0-16 victory for Gerard Donnelly's side.

McElholm led by example, scoring 2-2 over the hour, with his opening goal handing Tyrone a 1-2 to 0-2 lead in the 14th minute after Odhran Murphy and Ciaran Chambers picked off points for Derry.

A third green flag by Caolan Donnelly gave Tyrone a four-point lead (3-6 to 0-11) with 12 minutes of normal-time remaining and looked to have killed off the Oak Leaf County's challenge, but Marty Boyle's young guns fought to the bitter end.