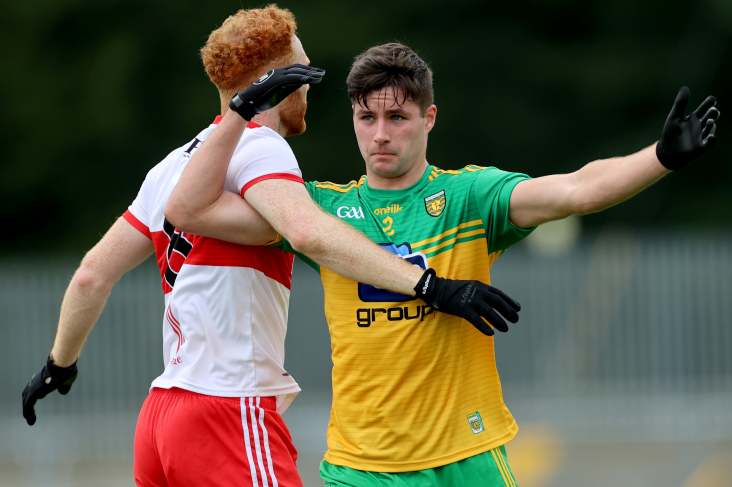 Tyrone great Peter Canavan says he expects to see Donegal come out on top in Sunday’s Ulster SFC final if they can match opponents Derry for intensity.

For the first time since 2011, the two neighbouring counties clash in Clones with the Anglo-Celt Cup for grabs as Derry look to end a 24-year wait for the coveted provincial crown.

Writing in his column for Sky Sports GAA, Canavan expects Donegal to play a similar style to the Oak Leafers this weekend and feels they have the weapons up front to edge the battle.

“I think Declan Bonner will look to replicate the Derry style. Donegal will play with 15 behind the ball. They have the ball-carriers to play that type of game. The speed is there to deploy a counter-attacking style,” the two-time All-Ireland winner wrote.

“They also have the players who can score from distance.

“I don't think Donegal will be as wayward in their finishing as Monaghan were. So, if they can match the intensity of Derry, then I expect Donegal will have the fire-power to see this one out.”