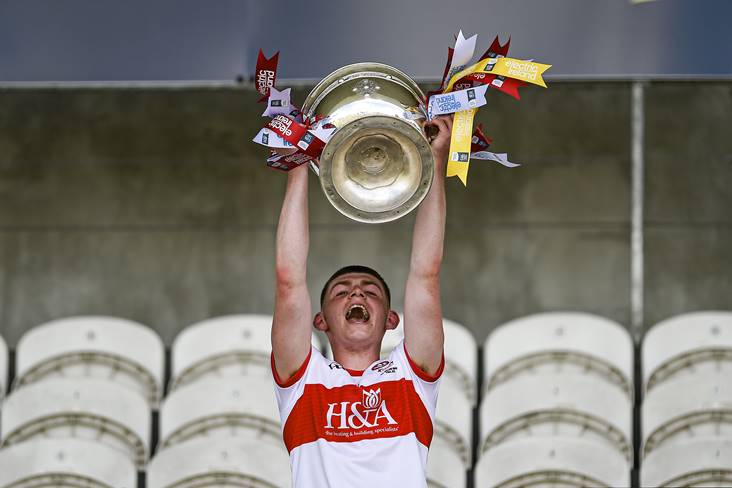 A last-gasp Matthew Downey penalty handed Derry a dramatic 2-12 to 1-14 victory over Kerry in the 2020 All-Ireland MFC final at a roasting O'Connor Park in Tullamore this afternoon.

Kerry have dominated this grade in recent years and looked set to triumph once again when a 61st minute Maurice O'Connell goal gave them a 1-14 to 1-12 lead. But there was still time for Derry to win it when a late, late footblock earned them a penalty which Downey duly converted to secure the Tom Markham Cup for the first time since 2002.

The Kingdom led by 0-7 to 0-4 at half-time, but the Oak Leafers got themselves back into it when Lachlan Murray palmed to the net in the 38th minute. Derry then forged ahead through points from Downey, Adam McGonigle, Calum Downey and Niall O'Donnell.

But despite losing Thomas O'Donnell to a second yellow card in the 59th minute, Kerry edged back in front through O'Connell's goal. However, it was Downey and Derry who had the final say.