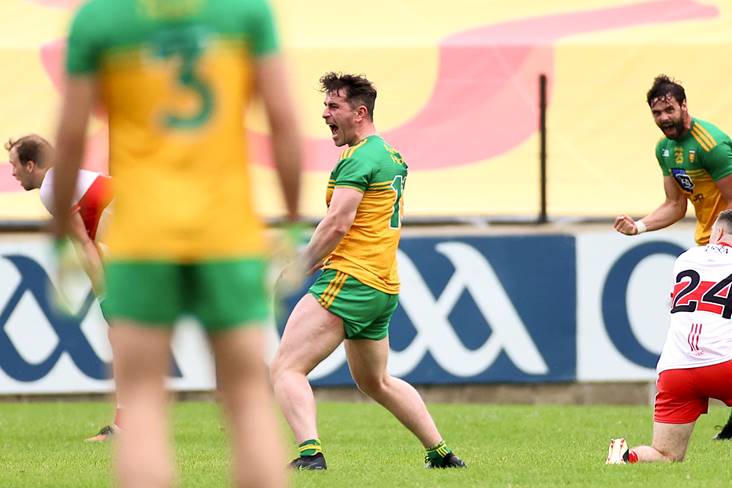 Donegal defeated Derry 0-16 to 0-15 in the Ulster SFC quarter-final with one of most dramatic conclusions to a GAA championship match!

Paddy McBrearty scored a monster winning point for Donegal in the 73rd minute just moments after Shane McGuigan levelled the sides for the fifth and final time from distance.

With extra-time looming, McBrearty, who had a relatively quiet afternoon by his standards, showed unbelievable nerve to send Donegal through to a last-four date with Tyrone next Sunday...