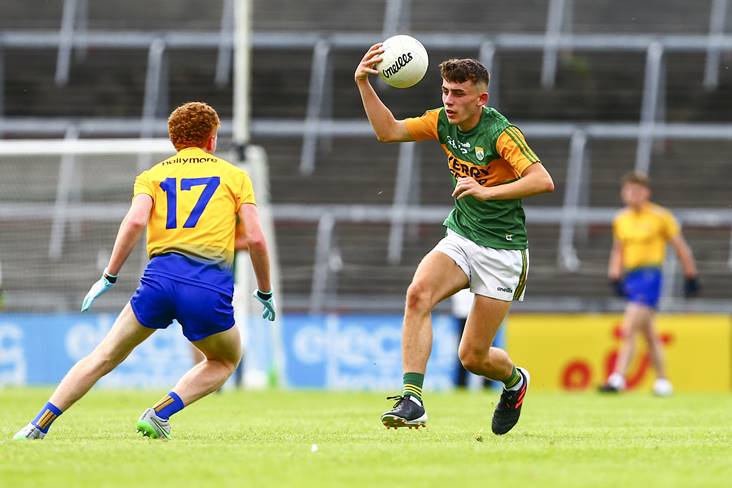 Kerry will contest the 2020 All-Ireland minor football championship final after beating Roscommon by eleven points at the LIT Gaelic Grounds this afternoon.

Keith Evans (1-5) fired in two goals either side of the break while another from Darragh O'Sullivan (1-4) did the trick for the Kingdom as they cruised to a 3-21 to 2-13 victory.

Emmet Durney's Rossies raced into a 0-3 to 0-0 lead, however, the Kingdom pulled themselves to the front when Keith Evans bagged his opening goal on 8 minutes.

O'Sullivan hit his side's second major soon after but the Connacht champions got back on level terms as Ryan Conlon responded with a green flag at the other end.

Then crucially, Kerry kicked on with seven successive points to move six clear of their opponents by half-time, 2-10 to 1-7.

They were able to keep Roscommon at arm's length all through the second-half and will head to next Sunday's decider against Derry full of confidence.