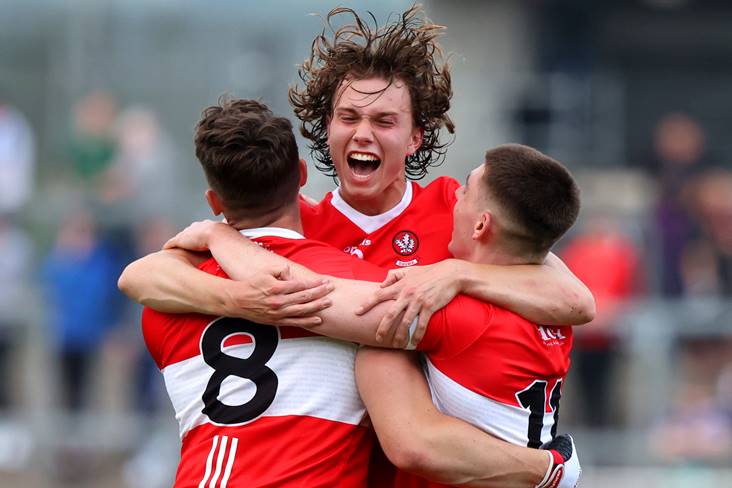 Derry are into the 2020 All-Ireland minor football championship final after they delivered a superb second-half performance to see off Meath this evening.

It finished 1-14 to 1-7 in favour of the Oak Leafers at Pairc Elser, where Matthew Downey, son of 1993 All Ireland winning captain Henry was in superb form for the winners.

The sides were level on at 0-4 at the end of a tight and physical first-half and, while Meath would net a rebounded penalty eight minutes into the restart, it was their Ulster counterparts that dominated from there as Dan Higgins hit the net eight minutes later and they never looked back.

Martin Boyle’s side now face the winners of Roscommon and Kerry next Saturday, July 17.