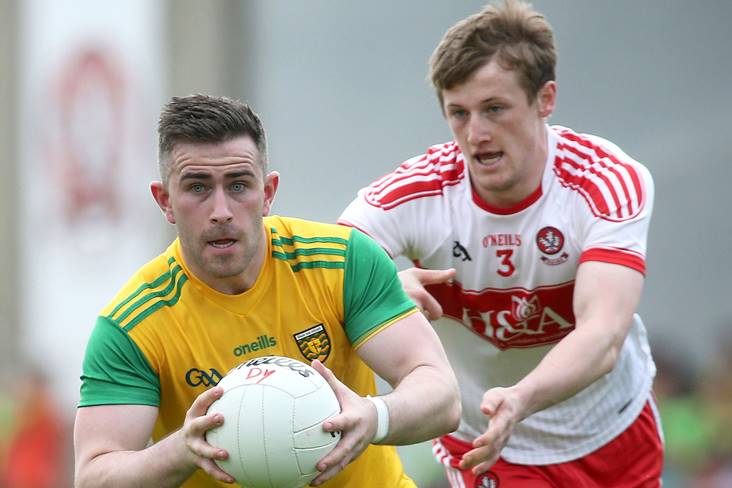 Derry boss Rory Gallagher has made two changes to his side from the one which defeated Offaly in last month’s Division 3 final for tomorrow’s Ulster SFC quarter-final against Donegal.

Brendan Rogers comes into the side at full-back while Paul Cassidy is named at left corner-forward as the Oak Leafers look to tear up the script against Declan Bonner’s side in Ballybofey.

Conor McCluskey and Oisin McWilliams are the two players to make way.

Throw-in at MacCumhaill Park is at 4pm.