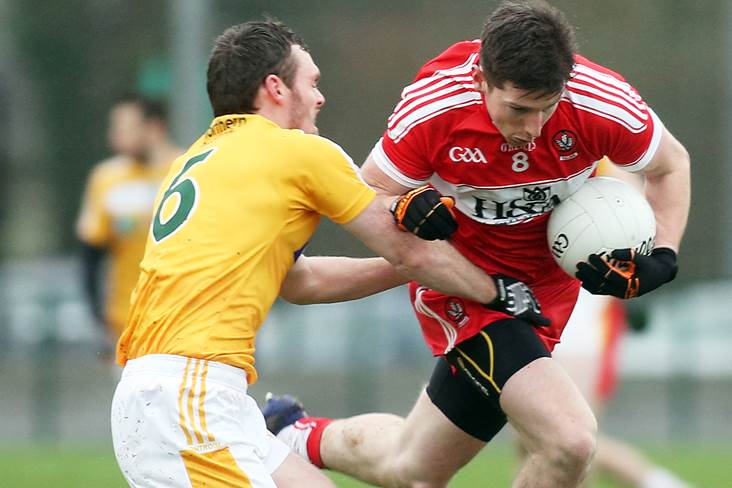 With 6,095 spectators looking on in Owenbeg, Cathal Mulholland, Jack Doherty and Emmet Bradley raised green flags for the Maghera men who had lost to the same opponents by 18 points in a league title playoff only six weeks ago. The sides were level on 1-6 to 2-3 at the break, but Bradley's goal at the start of the second half paved the way for a famous Glen win.

Their opponents in the decider on October 20 will be Magherafelt who withstood a second half comeback by championship surprise packets Banagher to edge victory on a 1-10 to 1-9 scoreline on Saturday, and qualify for their first final in 36 years.