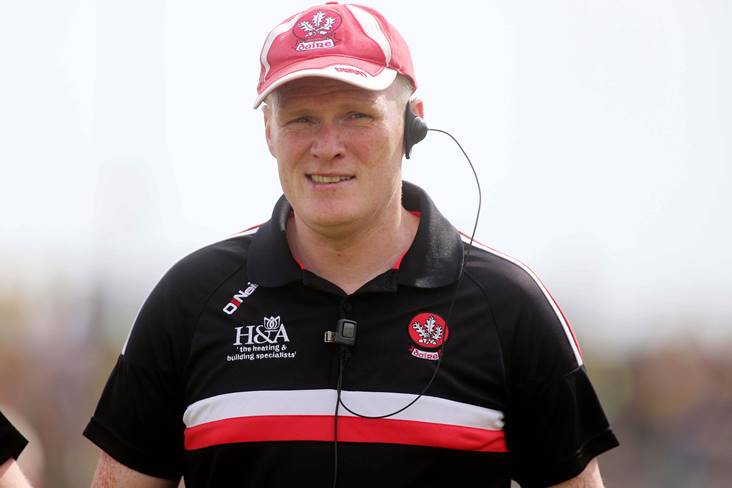 Damian McErlain is poised to make a quick return to management with Queen's University Belfast.

McErlain resigned after two years in charge of the Derry senior footballers in July and the Irish News is reporting that he will take charge of Queen's after former Down forward Shane Mulholland stepped down due to family and work commitments.

Former Down All-Ireland winning full back Conor Deegan had been linked with the role, but it's expected that McErlain will be on the sideline when Queen's go in search of their first Sigerson Cup since 2007 next spring.

The Magherfelt man led Derry to two Ulster MFC titles in 2015 and '17 as well as to an All-Ireland MFC final appearance in the latter year before taking over the seniors. After a disappointing first year at the helm, he led the Oak Leafers to an Allianz League Division 4 title last March before giving Tyrone a big scare in the Ulster SFC. His final game as Derry manager was an All-Ireland SFC qualifier loss to Laois in Owenbeg.